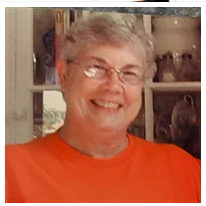 Sharon Ann (Murphy) Niemi passed away peacefully on August 15, 2020 surrounded by her loving family. She was born on May 24, 1944 to John and Elva Murphy in Sault Ste. Marie (Soo), Michigan.

She graduated the Soo High School in 1962 and attended Northern Michigan University. She married Paul F. Niemi on March 30, 1963. She moved to the St. Joseph Michigan area in 1963 where she was a stay at home mother and then became a U.S. Postal carrier with the Post Office.

After an early retirement she and Paul moved back to the Soo, where she remained for the rest of her life.

She loved volunteering her time at Tendercare with her care dog Lucy. She developed the ‘No one dies alone’ program at Tendercare and would sit with the terminally ill to comfort them. Sharon made thousands of teddy bears for various facilities and people. In 2005, she was awarded the Healthcare Association of Michigan ‘Volunteer of the Year’ award.

She is survived by her loving husband, Paul; sons, Michael (Lisa) Niemi and Steven (Denise) Niemi; and daughter, Karen (Sean) Thielke. She is also survived by her brothers, Donald (Carol) Murphy and Brian Michael Murphy; and family friend Jay Foster.

She truly loved her grandchildren, Elyssa, Halee, Leagha, Kalli, Avy, Austin, Morgan, and Grayson; along with her nephews Kevin, John and Mark Murphy.

A memorial service will be announced at a later time. In lieu of flowers, donations should be to the Hospice of the EUP, 308 W. 12th Avenue, Sault Ste. Marie, MI 49783, or the local Humane Society.