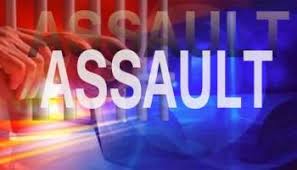 According to a Michigan State Police press release dated for Aug. 19, At approximately 1:54 a.m. on Monday, Aug. 17, troopers arrived to a residence on E. Truman Blvd. and secured the suspect.

It is alleged that the suspect, a 21-year-old Newberry man, had threatened another individual with a knife. After their investigation, the troopers arrested the suspect and lodged him in the Luce County Jail for felonious assault with a dangerous weapon.

No names were released at this time.