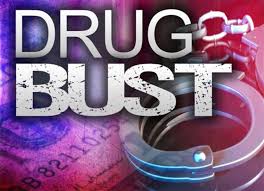 On August 1, 2020 at approximately 11:30 p.m., a trooper from the Michigan State Police (MSP) Sault Ste. Marie Post conducted a traffic stop of a vehicle on Ashmun Street near Marquette Avenue in the city of Sault Ste. Marie.

The driver was identified as a 29-year-old male subject from Sault Ste Marie. The driver appeared to be under the influence of drugs.

Following the trooper’s investigation, the subject was placed under arrest for allegedly operating a vehicle under the influence of drugs.

After the arrest, the subject was found to have attempted to internally conceal contraband and had brought it into the jail. The subject was additionally charged with smuggling contraband into a correctional facilit