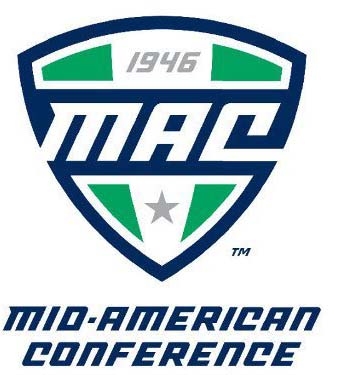 The Mid-American Conference has canceled its football season this fall because of the COVID-19 pandemic. The conference is the first in the Football Bowl Subdivision to opt out of taking the field this fall.

Unable to make a decision at Thursday’s league-wide president’s meeting because Northern Illinois wouldn’t play this fall due to health and safety concerns, the MAC came to its conclusion Saturday morning to cancel the fall season, according to a report from Stadium’s Brett McMurphy.

It’s unclear if the season will be played in the spring.

Central Michigan quarterback David Moore (2) passes the ball while Western Michigan running back LeVante Bellamy (2) tackles him during the Battle for the Cannon on Saturday, Sept. 28, 2019 at Waldo Stadium in Kalamazoo, Mich. (Photo: Alyssa Keown | The Battle Creek Enquirer)

Because of Power Five cancelations, the MAC was set to lose millions this season from nixed nonconference games. Central Michigan, for example, is missing out on an expected $2.15 million from games against Nebraska ($1.3 million) and Northwestern ($850,000). And Bowling Green won’t get $2.2 million — $1.2 million from Ohio State and $1 million from Illinois.

“Our interest was in playing a full schedule,” commissioner Jon Steinbrecher said July 9. “We know everybody is examining all sorts of things, but I did not expect this decision quite so soon.”

Forced to deal with another shellacking of the budget, the MAC figured it would be better off canceling the fall season rather than buying out games against fellow Group of Five teams and Football Championship Subdivision opponents, or simply competing in a conference-only schedule.

The MAC was the last FBS conference to share its plan for the 2020 season.

The AAC, Conference USA and the Sun Belt are working with eight conference games, but schools can add up to four non-league contests. The Mountain West, however, is operating with an eight-game league schedule and up to two additional nonconference games.