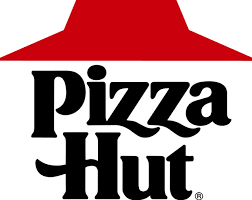 NPC International, Pizza Hut’s largest franchisee, has agreed to close nearly one-quarter of its restaurants and put its remaining 927 locations up for sale as the novel coronavirus pandemic continues to thwart in-person dining.

“In the event NPC executes a sale of its Pizza Hut business, Pizza Hut’s focus would be to ensure that new ownership brings to NPC’s Pizza Hut restaurants a strong capital structure, healthy balance sheet, commitment to operational excellence and a growth mindset,” a Pizza Hut spokesperson said in a statement to CNBC.

Before the announcement, NPC’s 1,227 Pizza Hut locations accounted for one-fifth of the chain’s nationwide footprint.

A Pizza Hut spokeswoman told NJ Advance Media that “no final determinations have been made regarding which restaurants will ultimately be closed, nor on the timing for any closures.”

The majority of the anticipated 300 closures are expected to affect dine-in locations. The Yum Brands chain reported its highest average sales week for delivery and carryout in the past eight years during the month of May, CNBC reported.