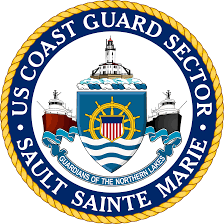 A missing jet skier off Drummond Island is safe thanks to the U.S. Coast Guard in Sault Ste. Marie and the Chippewa County Sheriff’s Office.

The Coast Guard says they found the person just before 10 Saturday night after they got lost after leaving Drummond Island on their jet ski.

The Coast Guard lowered a rescue swimmer to make sure the boater was O.K. and stayed with them until a response boat arrived.

The boater was checked out and returned to their family.