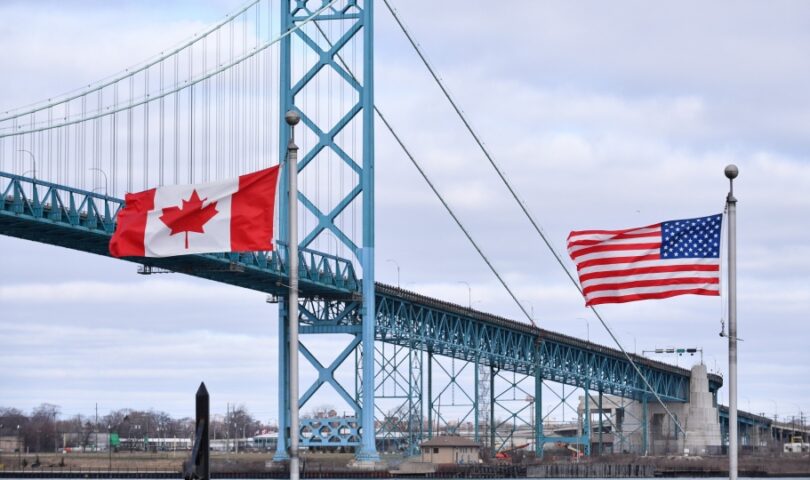 OTTAWA — Canadian and U.S. officials have agreed to keep the border between the two countries closed to non-essential travel for another month. This comes as both countries are still working to stop the spread of COVID-19, and as tensions continue to flare between Canadians and prospective American visitors.

The current extension of the cross-border agreement expires on August 21, though as the spread of COVID-19 continues in both countries, the restrictions on recreational travel will remain in place until at least Sept. 21. The ban on discretionary travel was first introduced in March and has been extended each month since.

“We are extending the reciprocal restrictions at the Canada-US border for another 30 days, till Sept. 21, 2020. We will continue to do what’s necessary to keep our communities safe,” tweeted Public Safety Minister Bill Blair.

The agreement, as it stands, exempts the flow of trade and commerce, as well as temporary foreign workers and vital health-care workers such as nurses who live and work on opposite sides of the border. Tourists and cross-border visits remain prohibited.

This is the fifth renewal of the border restrictions since the coronavirus pandemic was declared.

During a briefing on the latest COVID-19 modelling, Chief Public Health Officer Dr. Theresa Tam said the assessment as to when it’ll be safe to allow recreational travel between Canada and the U.S. is happening continuously as the epidemic can shift quickly. She also said Canadian health officials are in regular contact with U.S. public health authorities, including the U.S. Centers for Disease Control and Prevention.

“Every month when we evaluate that situation again, we’ll take into account what’s going on, on both sides of the border. But, as you know, as we look at further planning out, we have to look at different options of how we can increase safely—as safely as possible—international travel,” Tam said.

As of June 9, foreign nationals who are immediate family members of either Canadian citizens or permanent residents can enter Canada to be reunited, under a limited exemption to the current border restrictions. This has allowed both foreign and cross-border Canada-U.S. families to reunite under certain stipulations, including having to remain in Canada for at least 15 days.

While those eligible to cross the border for this reason include parents, spouses, common-law partners, dependent children and their children, many other families remain separated by the border restrictions including non-married couples. Those in this predicament continue to push for a further loosening of the rules in order to see their loved ones.

‘NOT THE TIME TO VISIT’

While the restrictions have been in place for months, that hasn’t stopped some Americans from coming into Canada, which has led to numerous instances of confrontations between locals and visitors with U.S. license plates, as well as other expressions of frustration.

Some have legitimately boarded flights from the U.S. to Canada —which is permitted with restrictions like quarantining on arrival—though thousands of others have tried less-legitimate routes, or tried to cross over to come shopping or sightseeing.

As has been seen in Nova Scotia, the concerns about Americans are not without some merit, as there have been confirmed cases linked to people’s failure to self-isolate.

The tensions aren’t exclusive to American visitors. Even some cross-province travel has irked locals, both in the Atlantic Canada bubble, and out West, where British Columbia Premier John Horgan suggested those with out-of-province license plates on their vehicles consider taking public transit or riding a bicycle if they’re feeling harassed.

Here are some notable examples of cross-border COVID-19 tensions.

At least a dozen Americans have been fined under the Quarantine Act, after trying what’s been coined the “Alaska loophole”: travellers telling border agents that they are passing through Canada in order to get to Alaska for an essential purpose such as working or returning home, but they end up vacationing in Alberta and British Columbia instead.

In response the federal government has rolled out new restrictions requiring foreigners entering Canada en route to Alaska to do so at one of five approved border crossings and prohibiting them from visiting any tourism sites or stopping to get food anywhere other than drive-thru restaurants along their way. These pass-through visitors are also being given a “hang tag” to attach to their vehicle’s rear-view mirror, to make them easily identifiable. The tag will include the date by which they must leave Canada.

These crossings prompted Deputy Prime Minister Chrystia Freeland to urge Americans to exercise caution and delay their trips to Canada until it has been deemed safe to do so.

“I love the Rockies too. I grew up in Alberta. Personally, I can think of no better place to spend time,” she said in mid-June. “But now is not the time to visit, hopefully we will be back to normal at some point soon.”

Ontario cottage country is typically home to many Americans over the summer, though this season there have been reports of out-of-towners being targeted and having their cars keyed.

This prompted Muskoka Lakes Mayor Phil Harding to encourage his residents to not jump to conclusions.

“Just because somebody is driving a U.S. vehicle doesn’t make them a bad person or carrier of the virus, and certainly doesn’t preclude them potentially from being here for a variety of other reasons,” he said.

Harding has also spoken about an incident in near Huntsville, Ont., where he said two men approached a man getting gas and said “you’re American go home,” to which the man stated he lived in Canada.

With so many shared waterways there have also been incidents where Americans have floated into Canada despite warnings not to, as the restrictions include a ban on any cross-border entry for boating or fishing.

Among the instances of improper aquatic crossings was a whale watching boat with American passengers that crossed into Canadian waters in B.C. In that case the boat operator was fined $1,000 and escorted back to the United States.

As well, there’s been a “float chase” down the Kettle River in B.C. after a Washington State border jumper entered Canada illegally at a closed border crossing and ended up on foot, and eventually in the water for two and a half hours as he tried to evade arrest.

He was eventually escorted back to shore with the help of some “good Samaritans” who waded in after him.