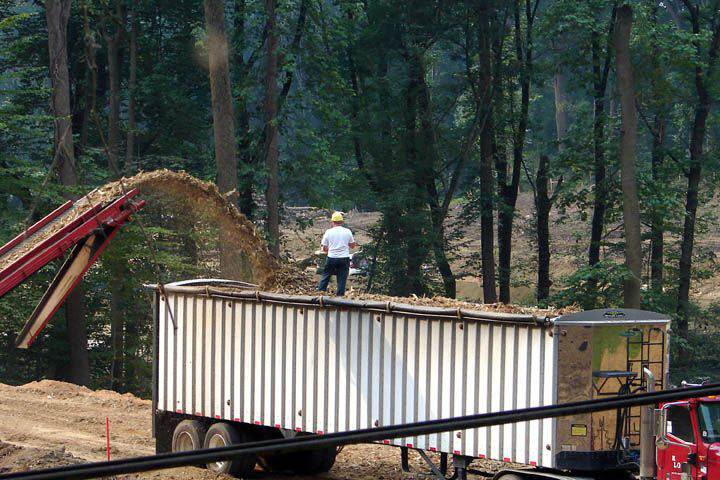 DELTA COUNTY, MI – Sheriff’s deputies in the southern Upper Peninsula are investigating how a man became trapped in a trailer full of woodchips at a paper and package-making plant.

The rescue happened last Thursday around 7:30 p.m. near the back gate of the Verso plant, according to Delta County sheriff’s officials.

“While preparing to dump the chips, the driver heard a male subject yelling from inside the trailer. The driver exited the mill property and contacted law enforcement,” authorities said. “Deputies discovered a male subject in the front of the (fully-loaded) chip trailer.”

Because the man was buried in woodchips and could not get out on his own, rescuers had to use tools to free him from the front area of the trailer.

Police said it’s not known how the man got into the trailer. They did not say how long he had been in there. The man was identified only as being from Menominee.

“Thank you to Gene’s Towing for assisting in removing the subject, and also to the driver for being aware of the surroundings and investigating further before dumping the load,” Delta sheriff’s officials said.