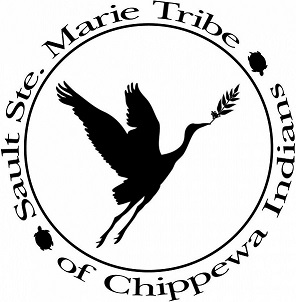 SAULT STE. MARIE, Mich. — On June 24, the Sault Ste. Marie Tribe of Chippewa Indians asked the court in United States v. Michigan for a 90-day extension of the 2000 Consent Decree, as written, in order to allow the parties more time to negotiate a new decree. The Sault Tribe also asked that the court remove provisions from the 2000 Decree regarding tribal exclusive zones — areas where all tribes have rights to fish, but where the 2000 Consent Decree only allows one or two tribes to fish — if the court felt an extension beyond 90 days was warranted.

Unfortunately, on July 16, 2020, the Michigan United Conservation Clubs (MUCC) issued a false and misleading press release about the Sault Tribe’s court filing. The Sault Tribe is issuing this statement to correct the harmful rhetoric and untrue allegations in that release.

Contrary to the assertions in MUCC’s press release, titled “Court filing could end Great Lakes fishing as we know it,” the Sault Tribe is not asking to change any other provision in the Decree during this extension. This means that gear restrictions and all other restrictions regarding tribal fishing in the 2000 Decree will remain in force during the extension. To provide a simple example, if under the current Decree the state gets 60 fish and a particular tribe gets 40 fish in an area, the Sault Tribe’s request is that as of Nov. 6, 2020, the five tribes who share treaty fishing rights will share the 40 fish; the state’s 60 fish will be unaffected. And, in areas where tribes get zero fish due to closures or other restrictions, tribes would continue getting zero fish under the extended Decree. Likewise, gear restrictions would remain in place.

MUCC’s press release is rife with patently false assertions, including assertions that the Sault Tribe “seek[s] 100 percent of the resource with no limitations on gear,” that “the Sault Tribe now wants to fish in Lake Michigan from the mouth of the Grand River to the Straits of Mackinac and to the Bays de Noc,” and that if the court grants the Sault Tribe’s motion, “tribal fishers could start fishing in all of the treaty waters on November 8.” MUCC then asks for donations.

MUCC is fear mongering and spreading disinformation to raise funds. The Sault Tribe is happy to respond to any and all questions regarding MUCC’s press release and the motion for extension; please contact Tribal Chairperson Aaron Payment at 906-635-6050 if you have questions.

Below is the article in question by the MUCC

Court filing could end Great Lakes fishing as we know it

The 2000 Great Lakes Consent Decree is set to expire in August, and a court proceeding filed by one Upper Peninsula tribe could end sportfishing as we know it in much of the Great Lakes.

Since 1985, a large portion of Michigan’s Great Lakes fishery has been divided up under an agreement between five of Michigan’s sovereign Native American tribes and the state. This agreement was handed down by a federal court in a “consent decree” that applied to what is known as the 1836 Treaty Waters. The treaty waters extend from the mouth of the Grand River in Lake Michigan to Alpena in Lake Huron and from Sault Ste. Marie to almost Marquette on Lake Superior.

Each tribe, per the consent decree, was given its home waters, where it is free to fish and other tribes are not. Other areas of the Great Lakes were reserved for sportfishing, and some areas were shared between the tribes and the sport fishery.

The Michigan Department of Natural Resources (DNR) manages the sport fishery under this decree, which includes how available stocks are measured and what methods of take may be used by fishers. The DNR also determines creel limits, fishing methods and fisheries management for recreational anglers — who pay, through license dollars and excise taxes, to manage the fishery.

The current consent decree, and the rules that have applied for the last 35 years, is set to expire on August 8. Current negotiations to reach a new agreement are floundering and COVID-19 has limited the parties’ ability to meet and wade through critical issues. It is clear that a new consent decree will not be negotiated by the deadline next month.

On June 24, four of the five tribes, the State of Michigan, and the United States asked a federal court to extend the current decree through the end of 2020.

The Sault Ste. Marie Tribe of Chippewa Indians also filed a request with the federal court asking that the extension be granted only until November 8. The Sault Tribe asserted that after that date, however, it will be free to fish without geographical restrictions anywhere within the treaty waters even if later extensions to the consent decree are granted while negotiations continue. Though not explicitly stated, it can reasonably be assumed the Sault Tribe seeks to use any gear they deem necessary, such as gill nets, in zones that have not allowed such gear since 1985.

An amici group representing recreational anglers, of which Michigan United Conservation Clubs (MUCC) is a member of, filed a response to the requests to illustrate important history and critical issues that are preventing a successor agreement being reached.

Recreational fishing is in jeopardy

Anyone 35 years old or younger and who fishes in the treaty waters doesn’t know what it was like to fish these waters without a consent decree, said Steve Schultz, an attorney for the amici group representing recreational anglers.

“Gill nets or other commercial nets have not been allowed in certain areas for over 35 years. Allowing such gear now presents risks of overfishing to the point that a stock could collapse and also presents potential conflicts between sportfishing gear and commercial fishing nets where nets may not have existed in an area for decades,” Schultz said. “It is imperative that the parties come together, as they did in 1985 and 2000, and find a way to manage this shared fishery resource for healthy populations and access for everyone.”

Past experience illustrates what could happen if an agreement is not reached. In 1979, the federal court upheld the tribes’ right to fish under an 1836 Treaty. Shortly thereafter, areas were opened to tribal commercial fishing for lake trout and whitefish. Within months, lake trout stocks in certain areas were depleted by 98 percent.

The lethal efficiency of gill nets and ability to place that gear wherever deemed appropriate is what worries recreational anglers, said MUCC Executive Director Amy Trotter.

“The changes that are requested by the Sault Tribe will fundamentally change the nature and scope of the fishery in the Great Lakes,” Trotter said. “Recreational anglers need a strong voice in these negotiations for the health of the fishery and to maintain Michigan’s robust outdoor recreation economy.”

According to court documents, the Sault Tribe claims that it agreed to exclusive zones in prior decrees to give the other relatively newly-recognized tribes an opportunity to develop their fisheries. The Sault Tribe claims those newly-recognized tribes have now had an opportunity to establish their fishery, and the 1836 Treaty Waters should be open to all tribal fishers everywhere. Effectively, this means that the Sault Tribe now wants to fish in Lake Michigan from the mouth of the Grand River to the Straits of Mackinac and to the Bays de Noc.

Under the current consent decree, the total allowable catch of all species in the treaty waters is split between the tribes and the state — with each given approximately 50 percent. The tribe’s take is derived mostly from commercial fishing, while the state manages its fishery for recreational anglers and state commercial fishers.

The Sault Tribe, in its court filing, said that they account for more than two-thirds of the allotted tribal take. In a recent Michigan Senate hearing, Sault Tribe Chairperson Aaron Payment said he “stands in solidarity” with state-licensed commercial fishers. Yet, the tribe’s filing appears to seek 100 percent of the resource with no limitations on gear.

This would likely put state-licensed commercial fishers currently operating in the 1836 Treaty Waters out of business and severely limit the lake trout bag limits for recreational anglers in the state, if not close seasons completely in some areas.

“In many areas, recreational anglers and the tribes have developed a good working relationship and have come to understand each other’s needs and rights, and there is a very real possibility here that those relationships and understandings, as well as all of the work and money the DNR, the tribes and federal government have put into the restoration of these fisheries could come crashing down,” Trotter said. “If no new consent decree can be agreed upon, Great Lakes sportfishing as we have come to know it in Michigan will be gone.”

Federal Judge Paul Maloney is expected to rule on the recent requests to extend the current rules filed by the parties soon. That decision will likely set the stage for either negotiation or litigation for the coming months.

“If litigation over the meaning of the treaty right occurs, the extent of the sport fishery could be unknown for years. Lawsuits are never easy and oftentimes leave feelings of resentment among all parties,” Schultz said. “We have to get this right for all the parties involved. We have to ensure recreational fishing will continue to thrive in Michigan and that tribal fishers can continue to carry on their heritage.”

What can you do?

All recreational anglers should be informed, get involved and financially support the efforts of the member organizations if they want to hold onto the Great Lakes fisheries as they know it.

Other members of the coalition include the Michigan Charter Boat Association, Michigan Trout Unlimited, Sturgeon for Tomorrow, Michigan Steelhead and Salmon Fishermen’s Association, as well as a number of other local sportfishing and lake association groups.

MUCC represents 40,000 members throughout Michigan and 200 affiliate clubs. Since 1937, MUCC has worked under the mission of uniting citizens to conserve, protect and enhance Michigan’s natural resources and outdoor heritage.

To help save recreational fishing today, consider donating to a grassroots fundraiser that will be used to protect Michigan’s sport fishery.