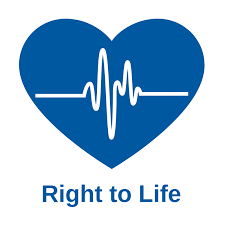 Right to Life of Michigan this morning said it would not challenge the state’s conclusion that it lacks enough valid signatures to put before the Legislature a proposal to ban a second trimester abortion procedure, ending the effort for now.

The Bureau of Elections after its initial look at a sample of the signatures said the effort did not collect enough. Last month, the Board of State Canvassers voted for the bureau to pull a larger sample. Planned Parenthood Advocates, which opposed the proposal to ban the dilation and evacuation procedure, said in both cases there were too many invalid signatures for the petition to qualify for certification.

Right to Life had planned on the Legislature enacting the proposal, and under the Michigan Constitution Governor Gretchen Whitmer would have been unable to veto it.

Right to Life of Michigan President Barbara Listing said today the effort behind the ban of the dilation and evacuation abortion procedure was worth it and will carry forward. The group said it would not challenge the bureau’s findings that the petition drive was short of the 340,047 required signatures.

“Our petition drive system works well in normal times, but this time we were forced to fight a series of unprecedented battles we did not choose. We had to retrain volunteers for a different petition drive law, the dismemberment ban was never sent to the governor to veto, a competing prolife petition drive confused people, and we faced other challenges every step of the way,” Ms. Listing said in a statement. “The biggest hurdle was the large turnout in the 2018 election, which increased the number of signatures required. Our signature total would have been more than required in any previous year in Michigan history. We submitted about 65,000 more signatures than we did in our successful petition drive in 2013 to stop taxes from paying for abortion insurance coverage. It wasn’t enough this time.”