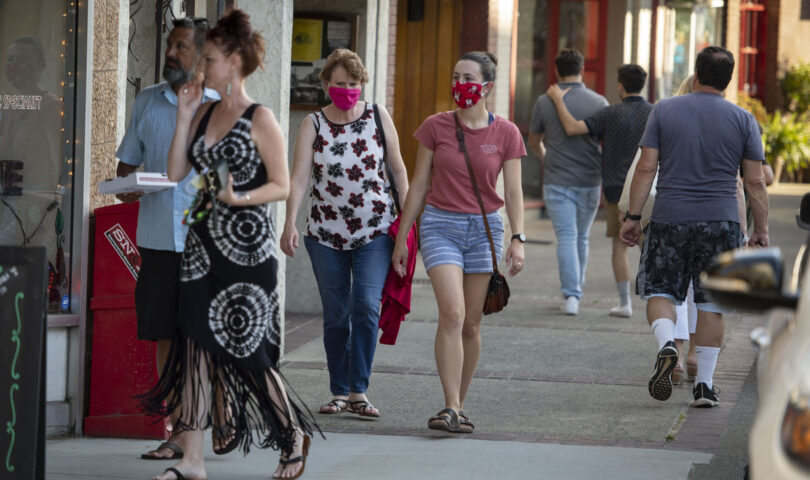 Upper Peninsula (WLUC) – The Menominee County Sheriff’s Office is providing clarity on a press release they issued regarding the Governor’s mask mandate, and the challenges they’ll face when enforcing it in their community.

“What I can enforce is writing a citation for someone not wearing a mask, the problem with that is what would we write on them, that would be my question,” explained Menominee County Sheriff Kenny Marks.

According to Sheriff Marks, an ordinance or state law would need to be in place for the office to enforce this rule.

“Writing under an EO (Executive Order) at least in our courts, isn’t going to complete the process,” he explained. Advertisement

Like Menominee County, other sheriff’s offices in Baraga, Houghton, Keweenaw, Delta, and Mackinac Counties all express similar concerns for not issuing citations.

But, the agencies warn they will forward mask complaints to the Attorney General’s office and the Michigan Occupational Safety and Health Administration also known as MIOSHA.

“That’s how it was briefed to us that MIOSHA has task force, and if there is a problem at a business or with people not complying with the order, MIOSHA has enforcement capabilities on the civil side,” said Marks.

However, all sheriff’s office, including Menominee County, say they will get involved if they receive a 9-1-1 call from stores due to an individual’s failure to comply and their refusal to leave as a trespassing issue. Advertisement

“My deputies are going to respond to that. We have to go in there and protect the people and deescalate the situation,” said Marks.

Marks hopes people will follow the Governor’s orders to keep these altercations from arising. But if people can’t, Marks ask for those individuals to stay home to keep peace in their community.