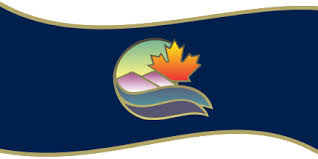 City Council will debate the possibility of mandatory face masks after private discussions about the issue took place this week between Mayor Christian Provenzano and Algoma Public Health, SooToday has learned.

Dr. Loo will speak about the pros and cons of both mandatory and voluntary face masks.

Under Ontario’s Health Protection and Promotion Act, APH is in a position to unilaterally impose face-covering requirements.

However, in initial discussions with the city, Dr. Loo did not appear initially inclined to do so, sources indicate.

Provanzano says there’s a good chance a resolution will be introduced from the floor Monday, calling for a mandatory-masking bylaw similar to those now in effect in Toronto, Ottawa and Kingston.

“Right now, there isn’t a resolution on the agenda but I expect a resolution may well come out of the presentation,” the mayor tells SooToday.

Provanzano has asked APH to update city councillors on masking developments across the province, and what issues need to be addressed if Sault Ste. Marie considers a mandatory face-mask bylaw.

Monday’s City Council meeting will be livestreamed on SooToday starting at 4:30 p.m.