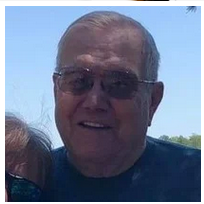 He received his High School Education in Rochester, MI and then joined the Navy, serving on the USS Randolph (CVS-15). He then became a heavy equipment mechanic/operator, A member of the International Union of Operating Engineers Local 324 for 47 years.

Larry loved boating, reading westerns, farming, and Nascar Races, his favorite Ford Team owner was Jack Rousch. He raised English Setters and was an avid bird hunter. He married Dawn Marie (Thomas) in Reno, Nevada on December 4, 1996. Larry and Dawn were full-time RV’rs for 15+ years and spent most cold months in Miami, Florida. They loved to travel and sight see around the U.S. and spend time with family.

He is preceded in death by his parents and his brothers, James William Wallace and Richard Wallace.

Family plans to gather for a private celebration of his life.