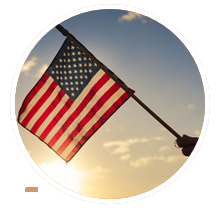 John was born on November 8, 1949, in Newberry, Michigan to the late Harold and Dorothy (Zimmerman) Scott.  He graduated from Brimley High School with the class of 1967.  He married Susan D. Lamoreaux on November 23, 1968, in Strongs, Michigan.    John was a member of the Masonic Lodge, Strongs Community Bible Church, and a former member of the Chippewa Lions Club.  He enjoyed working at the Lions food trailer at the Chippewa County Fair.  John had a long work history.  He was a dredge operator in Dubai, he was an over the road truck driver, he ran the rock crusher at the Mather B Iron Mine, and he retired from the Chippewa County Road Commission as a mechanic.  John loved to help others whenever possible.  He truly cared about people.

John as preceded in death by his parents: Harold and Dorothy (Zimmerman) Scott; his wife: Susan (Lamoreaux) Scott: a son: David Scott; his sisters: Janet Pomeroy and Virginia Schnurer; and his father-in-law: Melvin Lamoreaux

The celebration of John’s life will be held at 11:00 AM on Friday, July 17, 2020, at Strongs Community Bible Church with Benjamin Pent officiating. A visitation will be held at the church from 10:00 AM until the time of service. Burial will be at Coburn Cemetery.