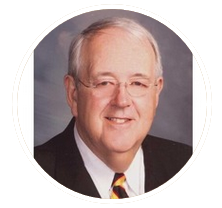 Jim was born on June 17, 1941, in Port Huron, MI to the late Alexander and Mildred (Green) Schmidt. Jim served his country in the United States Navy on the USS Mosopelea. He married Mary Lee Nyquist in Norfolk, VA on July 17, 1962.   After dropping out of high school Jim joined the Navy. During that time he met and married his wife.  At the end of his tour, he worked as a cab dispatcher and finished high school.    While working full time as a police officer in Port Huron, Jim went on to college and earned a BS in Criminal Justice. Years went on and he moved his family to south Florida, joining the North Palm Beach Police Department before becoming a Deputy Sheriff and Detective for Palm Beach County.     With his family’s future in mind, Jim passed his Series 7 test for financial planning and moved to Sault Ste Marie,  in the upper peninsula of Michigan, where he opened an office with Edward Jones then LPL Financial. Jim’s success was recognized nation wide.    Jim will be remembered as a man who loved the adventures of life. He was a great story teller, prolific cook, a barbershop singer and church choir member, a community leader, the Exchequer for Hospice of the EUP’s Madrigal Dinner and supporter of the Soo Theater project, a loving husband and father, a caring brother and friend, and a trusted advisor helping hundreds achieve financial success.

A memorial service for family and friends will be held at 10:00 AM on Wednesday, July 8, 2020, at the First United Presbyterian Church with Pastor Mark Gabbard officiating.

In lieu of flowers, memorials may be left to First United Presbyterian Church Choir.