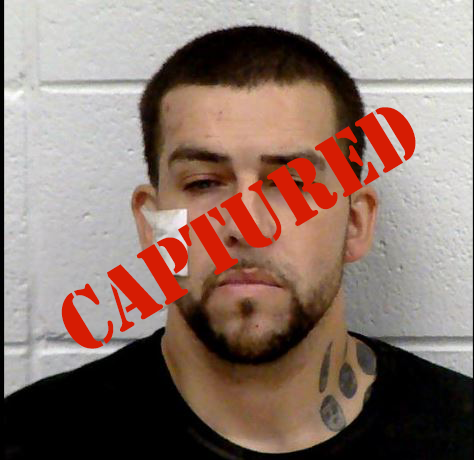 The Chippewa County Sheriff reports that a prisoner as absconded from custody.

Local Law Enforcement has been working around the clock trying to track down Todd William Carrick. Todd Carrick had cut his tether and Absconded less than 24 hours prior.

Mr. Carrick was just Arrested in Sault Ste Maire Mi. Once Carrick saw the police he once again took off running and after a short chase he was apprehended.

Mr. Carrick was arrested on the Absconding warrant and Carrick will most likely face an additional Resisting and Obstructing charge.

I would like to thank all the LE agencies involved including the Detectives from Trident, Sault Ste Marie PD and CCSO.

Shortly after 8pm Sunday night a 31 year old Native American man, Todd William Carrick from Brimley, cut his tether and is on the run. Mr. Carrick has three current charges of Resisting and Obstructing police out of the 91st District Court.

Mr. Carrick is approximately 6 ft tall, 220 pounds and has several tattoos on his neck.

At this point, officials are unaware of the direction of his travel or ideas on his location.

If you have any information on the whereabouts of Mr. Carrick please call 911.