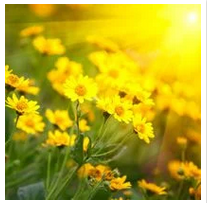 Carol Elizabeth Wahlberg Ward passed on into the next phase of her journey on July 6, in Detroit surrounded by family at the home of her son Harry Ward.

She was an accomplished artist, an avid gardener, and a fierce environmentalist.  Carol was born on December 20, 1930, in Detroit to parents Elmer and Frances Wahlberg.  She studied art in high school at Cass Tech in Detroit and graduated in 1949.  She went on to study at Michigan State, UCLA, and Wayne State earning a bachelor’s degree in elementary education and a master’s degree in Art History.  Carol taught elementary school art in Detroit before marrying Harry Thomas Ward Jr. in 1956.  They raised three children.  In the early 1980s, Carol’s husband Harry became disabled and Carol returned to teaching.  She soon moved to Michigan’s Upper Peninsula where she taught art in elementary schools in and around Rudyard. After Harry’s death, Carol continued to teach eventually retiring to the home she had designed and had built on the shores of Lake Superior near Brimley.  For the next thirty years, Carol lived and bloomed there in the woods next to Lake Superior.   She gardened, read, and spoke out for the preservation of the natural world.  She was an ardent environmentalist, a fierce defender of the Eastern U.P in its natural state, and an active member of her local Sierra Club chapter.   Carol also loved exploring the desert southwest traveling alone in the winter months to remote places, painting, reading, and living out of her vehicle which she temporarily converted into a camper.  Carol’s in-laws often remarked “Carol can do anything”   They were right.  Carol lived out her environmentalist beliefs:  Her home was powered by solar panels, she grew much of the food she ate and she composted almost everything.  Throughout her life, Carol’s extraordinary creativity was expressed in everything she touched, including her home and her garden, but the primary outlet for her amazing mind was watercolor painting.

In keeping with her wishes, Carol was buried in the Mission Hill Cemetery in Bay Mills Township shortly after her death.   Due to the current presence of COVID 19, her children plan to host a grand celebration of her life in July 2021, at her home in Brimley.