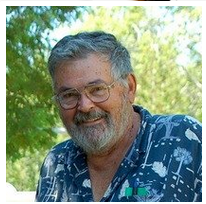 Barrie Maurice Phillips, age 86, of Drummond Island, Michigan, died peacefully on July 25, 2020, surrounded by his family. He was born on February 18, 1934 in Highland Park, Michigan, to Clyde and Meribah (McClung) Phillips.

Barrie grew up in Jackson, Michigan and graduated from Jackson High School. Soon after graduation, he met Beverly Kingsley, his wife of nearly 64 years. He and Beverly moved to Big Rapids, Michigan, where he pursued a degree in Pharmacy from Ferris State University. Later, he continued his education by earning his Doctorate in Pharmacology from Purdue University. He worked in pharmaceutical research in Elkhart, Indiana and traveled extensively to lecture regarding his research. His lectures took him to Australia and throughout Europe many times. Later in his career, Barrie formed his own research company in Fort Myers, Florida and he and Beverly lived there for 30 plus years before spending this last year on Drummond Island. Even in retirement, Barrie remained passionate about his research, working as a consultant and writer for the latest drug trials.

Barrie’s greatest pleasure and accomplishment was raising his family with Beverly. Barrie lost his father at age 10 when he was killed in WWII. He and Beverly raised four children and took great pleasure in spending summers with all of them and his four grandchildren on Drummond Island. Barrie loved working with the newest computer technology and documenting family happenings with photo books and videos. He loved to read and he was always fond of family pets including their current dog, Clementine.

Barrie was preceded in death by his parents; daughter, Jennifer Kingsley Pittman; sister, Sally Briggs; and his brother, Jan Phillips.

The family is planning a private family celebration of his life at a later date.

In lieu of flowers please send a donation to your local hospice or charity of your choice in honor of our father.