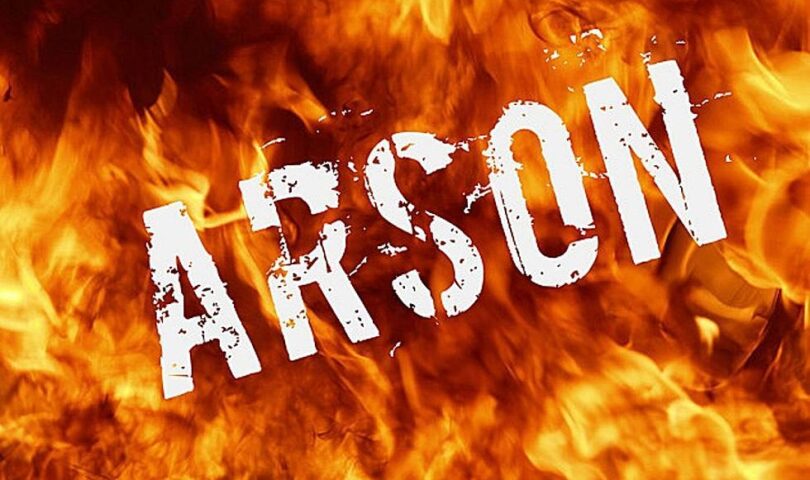 At 8:13 pm on June 30, 2020, Sault officers were dispatched to the vacated Reiss Coal dock off South St. in the Ashmun Bay for a possible arson incident. The last remaining structure on the property was fully engulfed in flames and was being attended to by the Sault Ste. Marie Fire Department.

Officers from the Sault Ste Marie Police Dept, as well as from the Chippewa County Sheriff’s Dept., Sault Tribe Dept., and the Border Patrol began a search of the area for two subjects that were reported to be running from the area. Officers located two individuals matching the suspects given by a witness in a wooded area just north of the fire scene a 17 year old male and a 22 year old male. Both suspects are from Illinois visiting a relative of one of them in the city.

Based on information gathered shortly after their capture, both suspects were placed under arrest. They were transported to the Chippewa County Jail to await warrant authorization and arraignment on the charges of trespass and arson of an unoccupied structure. There were no injuries.

The incident is continuing with a detective from the State Fire Marshall’s Office expected on Friday for further investigation.

Further questions can be directed to Detective Phillip Donnay at the Sault Police Department at 906-632-5744.