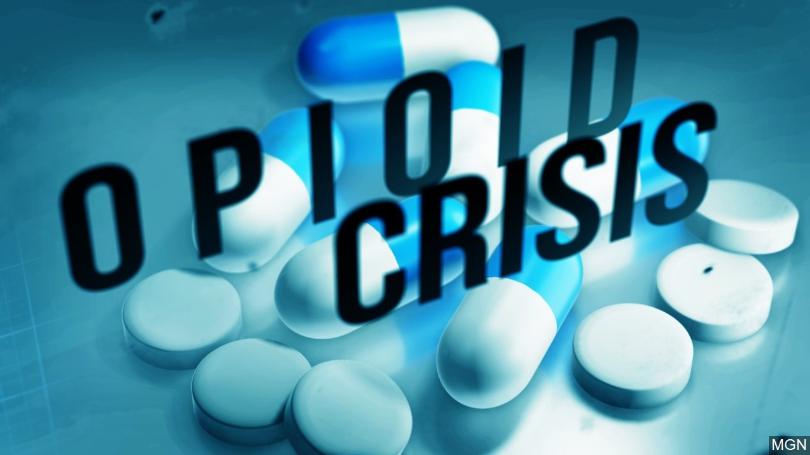 The Department of Health and Human Services chief medical director over Medicaid, and one of the leaders of the state’s response to the opioid crisis, has been formally reprimanded and fined $3,000 as part of a consent order stemming from allegations he broke the law governing the prescription of opioids.

The Disciplinary Subcommittee of the Board of Osteopathic Medicine approved the consent agreement with Dr. David Neff, who has been on paid leave for more than a year while the case was under investigation. Mr. Neff will get to keep his license to practice medicine.

DHHS spokesperson Lynn Sutfin said department officials are in the process of obtaining and reviewing the report from the Disciplinary Subcommittee and then will conduct their own investigation. Mr. Neff will remain on paid leave during the DHHS investigation, Ms. Sutfin said.

He has been the chief medical director for the state’s Medicaid program since 2017 and a consultant to the department for the three years prior to that promotion. He has been one of the public faces of state government’s efforts to combat the opioid epidemic, appearing on many panels, speaking at events and authoring presentations on the subject.

In May 2019, the Department of Licensing and Regulatory Affairs’ Bureau of Professional Licensing filed an administrative complaint against Mr. Neff, who had maintained a part-time private medical practice in addition to his DHHS work.

The complaint said LARA officials reviewed data from the Michigan Automated Prescription System, the prescription monitoring program that gathers data on controlled substances dispensed in Michigan. In comparing records for 10 of Mr. Neff’s patients to MAPS data, officials found “several instances where respondent failed to obtain and review a MAPS report prior to prescribing more than a three-day supply of controlled substance medication,” the complaint said. It also found three instances where Mr. Neff requested a MAPS report on one of his patients who was dead.

Mr. Neff had insisted he had done nothing wrong and offered explanations for almost every allegation.

The Disciplinary Subcommittee appeared persuaded by Mr. Neff’s explanations and statements that he significantly modified his practice in the last several years as well as Mr. Neff’s experience from completing a two-year fellowship in clinical biomechanics and osteopathic manual medicine as well as four decades as a physician. The consent agreement noted his work chairing boards on opioid management in Michigan.

“Respondent supplied recent records for the patients referenced in the complaint which show respondent has addressed the previously identified deficiencies, specifically with more frequent drug screens than in past records,” the consent agreement says. “Respondent explained that under the unique circumstances of his practice at multiple locations and with multiple software systems, he experienced challenges with (the Michigan Automated Prescription System). Respondent indicated that he has solved some problems with his computer systems and is currently running MAPS prior to prescribing more than a three-day supply of controlled substance medication.”

The agreement also says there is no allegation Mr. Neff prescribed controlled substance medication for illicit purposes and notes he has no disciplinary history since becoming licensed in 1981.

Mr. Neff’s attorney, Tim Dardas, said, “Dr. Neff remains perplexed as to why this case was not dropped,” and said he did not admit to violating the Public Health Code. “However, particularly in light of the COVID-19 crisis, Dr. Neff feels that it is inappropriate to debate the outstanding issues surrounding this complaint,” Mr. Dardas said. “Instead, he agreed not to contest the remaining counts in order to bring this matter to a close. Doing so allows the board to treat the allegations as true under administrative procedures for purposes of resolution, only. This allows Dr. Neff to move on with his personal and professional life without further delay and to focus on the more critical issues at hand.”