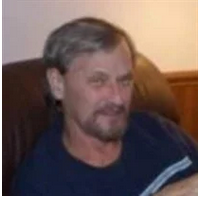 Robert Jay Everitt II, 65, of Sugar Island, Michigan, passed away on Friday June 5, 2020 in Sault Ste. Marie, Michigan surrounded by his loved ones. He was born December 10, 1954 in Fort Wayne, Indiana to Robert J. and Donna (Weider) Everitt.

Robert was known as a father, a leader, and a mentor to many. His children, grandchildren, brothers, sisters, and friends looked up to him for his always sensitive and inspiring fatherly advice. He was passionate about so many things, but especially concerned with the wellbeing of others. Robert grew up in Ohio and lived most of his adult life in Michigan and was a proud Sugar Islander of over 30 years. An avid animal lover, a retired dredge captain, and master welder. He spent countless hours traveling the United States for work and family and his sense of direction was remarkable. He took pride in his country, he loved cars, trucks, and motorcycles; born a free spirit owning the road.

Robert was fun loving and the life of the party. His adoration for music was felt by those who spent time with him, and he is remembered for brining music into the lives of so many.

Robert is preceded in death by his father, Robert J. Everitt I.

Family services will be determined at a later date.