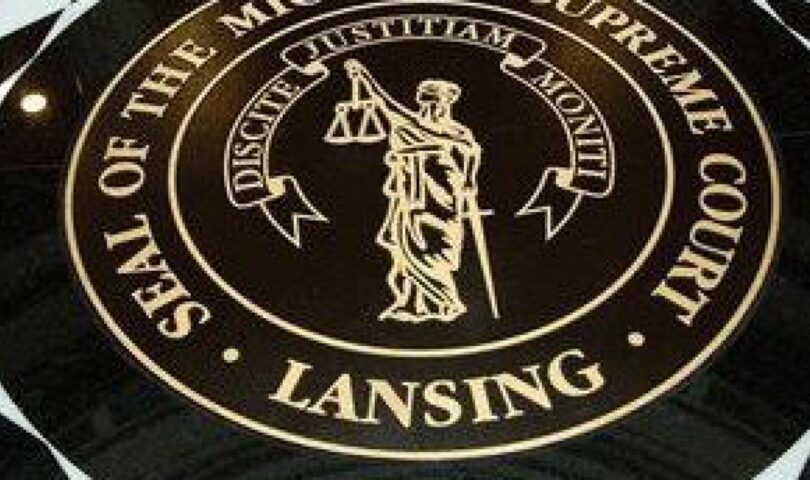 LANSING – The Michigan Supreme Court has refused to directly take up a challenge by the Michigan Legislature to Gov. Gretchen Whitmer’s emergency powers, saying the case should follow the normal appeal route to the Michigan Court of Appeals.

In a 4-3 decision, the Supreme Court issued an order Thursday that said: “We are not persuaded that the questions presented should be reviewed by this court before consideration by the Court of Appeals.

The ruling does not mean the court would necessarily uphold Whitmer’s powers if and when the case gets to the Michigan Supreme Court. It just means that a majority of the court felt that the appeal should follow the normal process.

But the court also declined to order the Michigan Court of Appeals to take up the case on an expedited basis, leaving that decision up to the judges on the court.

Markman wrote in a dissent that the court diminishes its own relevance by taking a pass, at least temporarily, on “perhaps the most substantial dispute ever presented to this court.”

He added: “In all likelihood, the consequence of our decision today will be to ensure that this court never issues a meaningful decision concerning the nature and required procedures of the emergency authority of this state.”

But Clement wrote that the Legislature’s application fails to meet the criteria for bypassing the Court of Appeals, which she said are either that a delayed ruling will cause substantial harm or that the appeal is from a ruling that invalidates an action of the executive branch.

“The Legislature shows no substantial harm caused to the Legislature by going through the ordinary appellate process,” she wrote.

The Republican-controlled Legislature asked that the case be sent directly and quickly to Michigan’s highest state court, after a Michigan Court of Claims judge upheld Whitmer’s emergency declarations in a May 21 ruling.

Since then, Whitmer has lifted her stay-at-home order, but many COVID-19 restrictions remain in place under emergency orders issued under the state of emergency, which continues.

Judge Cynthia Stephens said Michigan’s current state of emergency related to COVID-19 is lawful under the Emergency Powers of Governor Act of 1945, which sets out no time limit for an emergency or any requirements for approval from the Legislature.

Stephens did say that Whitmer overstepped in late April when she extended states of emergency and disaster under the Emergency Management Act of 1976 without legislative approval.

The 1976 law says the Legislature must give its OK for an emergency declaration to extend beyond 28 days. When lawmakers refused to grant that approval, Whitmer terminated the existing emergency declaration just ahead of the 28-day expiration time and declared a new emergency, expecting to start a new 28-day clock running. That was not lawful, Stephens said.

But since Whitmer already had the required authority under the 1945 law, the fact her actions under the 1976 statute were unlawful does not change anything, Stephens ruled. Some attorneys have described Whitmer’s use of both statutes to support her emergency declarations as a “belt and suspenders” approach since only the valid use of one law is required.

Republicans argue the 1945 law is only intended to deal with local emergencies such as riots and other civil disturbances, not a statewide pandemic.

They say that if the 1945 law does give Whitmer the power she says it does, it amounts to an unconstitutional ceding of legislative authority to the executive branch of Michigan government.

Michigan’s Supreme Court justices are elected on a nonpartisan ballot, but they are nominated at state party conventions. Republican nominees currently hold a 4-3 edge on the seven-member court.