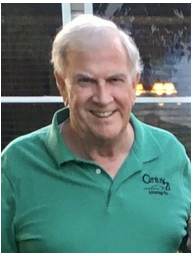 Gary M. Kay 76 of Sault Ste. Marie, Michigan passed away peacefully on May 29, 2020 at UP Medical Center in Marquette with his dear wife by his side, and his loving family in the parking lot (darn Covid-19)

Gary was born on April 14, 1944 to John Raymond & Elda Kay.  He graduated from Sault Area High School in 1962, and went on to graduate from Lake State College.  He proudly served his country from 1968 to 1977, defending our freedom in Vietnam, where he was awarded the Bronze Star Medal as well as the Meritorious Service Medal.  Gary began his work career at Neville’s Superette his Senior year of High School and was later a partner of Prescription Oxygen.  He was employed with the Social Security Administration, where he retired after 30 years of service.  He then continued working as a realtor for Century 21 until his untimely death.

Gary was a member of the Lake Superior State University Alumni Board, life member of Ducks Unlimited, American Legion, Elks Lodge #552, and National Association of Realtors.  He was an avid sports fan of the Detroit Red Wings, loved spending time with his family, especially his grandchildren and dear friends, who will all miss him greatly.

He was preceded in death by his parents John Raymond & Elda Kay as well as a brother in law Charlie Countryman.

A Military service and burial will be held graveside at Oaklawn Chapel Gardens Saturday June 27, 2020 at 1:00pm.