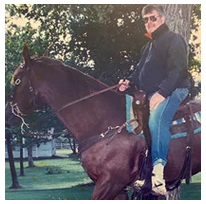 Doug graduated from East Kentwood High School in Grand Rapids. He entered the military service and served for two years. He then served another two years in the National Guard.

Doug was part owner of Ty’s Restaurant, which was a very famous restaurant on Main Street on Mackinac Island and was family owned for fifty years from 1950-2000. Doug could be seen in the restaurant every day of the week and will be sorely missed by all who knew him.
More recently Doug was a resident of 4th Street on Mackinac Island, staying with his daughter Trista.

Doug will be transported from the ferry to the church and to the cemetery by the Mackinac Island Fire Department Truck.