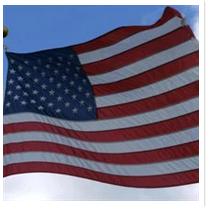 Don was born on January 20, 1950, in Mason, Michigan to the late James and Rosa (Hill) Ward.  He graduated from Dansville High School and continued his education at Ferris State University earning a Bachelor’s degree.  Don served in the United States Marine Corps during the Vietnam War era.  He was military police while stationed in Okinawa, Japan.  Don married Loretta Mae Headley on July 26, 1975, in South Lansing, Michigan at the Church of Christ.

Don was a member of Fundamental Baptist Church, and the American Legion Post #323.  Don was a former Sherriff’s Deputy working at Lansing Community College and he retired as a Michigan Corrections Officer.  He enjoyed working in the sporting goods department at Walmart, hunting, fishing, coin collecting, and playing golf.  Don also enjoyed playing, watching, and refereeing both basketball and baseball.

Don was preceded in death by his parents and a brother-in-law: Mike Seibel.

A memorial service will be held at 11:00 AM on June 20, 2020, at the Fundamental Baptist Church with Pastor Tim Rader officiating. Friends may gather at the church from 10:00 AM until the time of the service.  Burial will be at the Fort Custer National Cemetery on June 25, 2020.

In lieu of flowers, memorials may be left to Cannanland Bible Camp.