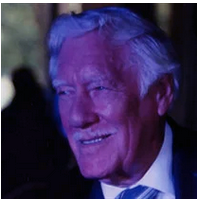 Bill lived most of his life in the Sault Ste. Marie and Kinross areas, most recently “The Pines” was his home. He graduated from Sault Area Schools and then served in the United States Army Air Force during the Korean War. After his military service, he worked various jobs until he started driving semi for United Parcel Service. He retired from UPS in 1995 after 30 years of service. Bill was married to Dolores Mae “Dee” Lueskow for 46 years until her death in 2008.

Bill was a member of the VFW, DAV, American Legion, Moose Lodge and Elks Lodge.

Bill enjoyed playing the harmonica, fishing, playing Uno, and going to the casino.

A Memorial Service will be held at a later date.

Inurnment will be in Kinross Township Lakeview Cemetery.