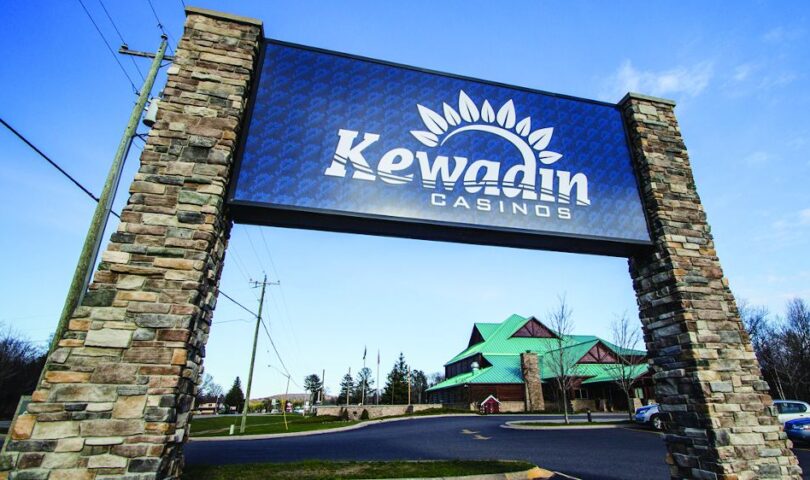 Source: Bridge Magazine – Some Michigan tribal casinos are making plans to open as early as May 16, setting up a possible showdown with Gov. Gretchen Whitmer and Attorney General Dana Nessel, who fear crowds at slot machines could spread the coronavirus.

How the state will respond to the planned openings isn’t known yet; on Tuesday, Nessel’s office warned one tribal casino that had planned to open this week that patrons would be “subject to civil and criminal penalties” if they visited the casino.

The Island Resort & Casinos, in Harris in the western Upper Peninsula and operated by the Hannahville Indian Community, backed down and didn’t reopen this week, though that casino is one of at least six that now plan to open May 16, according to tribal leaders.

Last week, Whitmer issued an executive order closing bars, dine-in restaurants and casinos until May 28. But that order doesn’t apply to Michigan’s 12 federally recognized Native American tribes, which by law are  sovereign nations. That means they have the sole authority over managing their own communities and resources.

The tribes have been following state and federal government guidelines for the coronavirus so far, but they ultimately have the final say in when their businesses, namely casinos, reopen.

Michigan tribes are planning a conference call with Whitmer and Nessel early next week to discuss a timeline for casino reopening, according to Saginaw Chippewa Indian Tribe spokesperson Frank Cloutier.

Ryan Jarvi, spokesperson for the attorney general’s office, said in an emailed response, “representatives from state offices have been in ongoing discussions with tribal leaders, and a conference call between those leaders and Gov. Whitmer, MDHHS Chief Medical Executive Khaldun and other representatives from state offices is scheduled for early next week to continue that conversation.

“The Attorney General’s office will also participate in the call,” Jarvi continued. “We respect the tribes’ sovereignty and seek to continue to work with them as partners in a concerted effort to protect human life from the threat posed by COVID-19.”

In extending the closure of bars, dine-in restaurants, theaters and casinos until May 28, Whitmer said that while the closures were uncomfortable, they are necessary to suppress the potentially deadly pandemic.

“Although we are beginning to see the curve flatten, we are not out of the woods yet,” Whitmer said April 30. “Extending this order is vital to the health and safety of every Michigander. If we work together and do our part, we can help reduce the spread of COVID-19 and save lives.”

As of Thursday, there were more than 45,000 confirmed cases of COVID-19 in Michigan, and more than 4,300 deaths caused by the virus.

Most of those cases and deaths, however, are in the southern half of the state, far from the majority of Michigan tribes and casinos.

The Sault Ste. Marie Tribe of Chippewa Indians’ Kewadin Casinos announced an open date of May 16 for its five Upper Peninsula casinos, 12 days before the end of Michigan’s executive order shuttering casinos, bars and dine-in restaurants.

Michigan’s stay-at-home order was set to expire May 15, the day before the Kewadin reopenings. The order was extended on Thursday until May 28.

Sault Tribe leaders could not be reached for comment. But a security guard who answered the phone at Kewadin’s St. Ignace casino confirmed the May 16 opening to Bridge. Some casino employees told Bridge they have been asked to come to the casino this Saturday for a meeting and deep-clean before the scheduled reopening.

For many tribes in Michigan, casino revenue is the main source of income for tribal economies. Casinos are often some of the biggest employers in the area, supporting both tribal and surrounding local communities. With casinos closed across the state, Michigan’s tribal leaders are struggling to support their governments and community members.

The $8 billion in federal relief aid promised to tribes by the federal government in March is being dispersed this week after a lengthy court battle, but some tribal leaders say the federal funds aren’t enough by itself.

Lac Vieux Desert Band of Lake Superior Chippewa Indians has not officially declared a reopening date for Northern Waters Casino & Resort, but they are likely to follow in the footsteps of other Michigan tribes. “I believe we will be open before the 28th,” Lac Vieux spokeswoman Alice Brunk told Bridge. “Especially if other casinos are opening, I don’t see why we wouldn’t open on the 16th too.”

Brunk stressed the tribe is taking precautions to keep employees and patrons safe.

“Our casino is going to open in phases, we’re providing masks,” Brunk said. “We are only allowing 150 people in at a time. We are not opening up our bar, snack shop, restaurant, and hotel at this time. We are going to see how things go, but we need funds coming into our community so that we can continue taking care of everyone,” she said.

Whether that is enough to avoid a tribal-state conflict isn’t clear. Just ask the Hannahville Indian Community. The tribe had planned to reopen its Island Resort & Casinos in Harris Tuesday, but received a letter Monday from Nessel’s office that, while recognizing the tribe’s sovereign right to open the casino, warned that non-tribal customers visiting the casino would be violating Whitmer’s stay-at-home order.

“As is true in other parts of the state, the failure to comply with the executive orders exposes individuals to potential civil and criminal penalties,” states the letter, which was shared with Bridge. “With that in mind, we ask that you limit your operations to assist your citizens, employees, patrons and the public in complying with the executive orders by staying home and not exposing themselves and others to the novel coronavirus.”

In a blog post, tribal member Leroy Wandahsega wrote: “The Hannahville Indian Community Tribal Government succumbed to the will of the state of Michigan and decided to reopen the tribal economy” later than May 6.

Other tribes in Michigan said they plan to adhere to state guidelines and keep casinos closed.

Cloutier, the Saginaw Chippewa spokesperson, told Bridge an early reopening of the Soaring Eagle Casinos is “not likely at all.”

Above all, tribal leaders emphasize the role that tribal sovereignty plays in making these decisions.

“The state of Michigan guidelines have no force or effect on our reservation,” Bay Mills Indian Community Chairman Bryan Newland said. “We have the right to govern ourselves.”