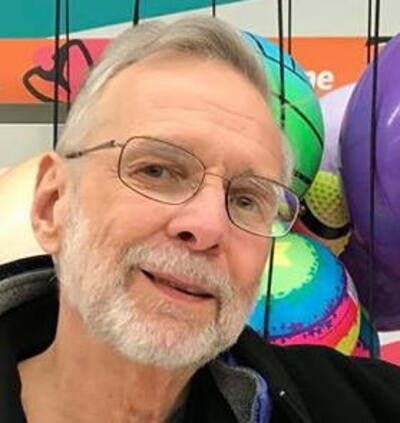 Rob was born in Sault Ste. Marie, Michigan on July 31, 1950 to Edmund and Nadiema (Vigeant) Benjamin.  He inherited his considerable musical abilities from his father, a trumpet player, and his mother, a trained lyric soprano.  He attended Sault Area High School and was employed for many years at Harrah’s Casino in Lake Tahoe before moving back to Michigan in 2001.  Rob was a self-taught musician and will be remembered as being part of a local band Renaissance Fair.  Several members of this group moved to California where they played for fun and profit for many years.  Rob’s main instrument was the electric bass, but he also loved finger picking the acoustic guitar and had a natural ability for vocal harmonies.  In addition to Renaissance Fair, Rob traveled with several road bands, one of which was Larry Slatter and the Executives, Friends of Mind, and locally as a duo Dave and Rob.  While living in the Petoskey area, he liked to play at open-mic nights and encourage younger musicians.  Any trips home where he could meet up with old friends always included at least one jam session.  Rob loved animals.  He had several cats throughout his life and volunteered at the Little Traverse Bay Humane Society walking dogs.

Rob was preceded in death by his parents and is survived by his sister and brother-in-law Jessica and David Stanaway of Sault Ste. Marie, and his nephew, Jeffrey (Diana) Stanaway of Hendersonville, TN.

A gathering for friends and family will be held at a later date.