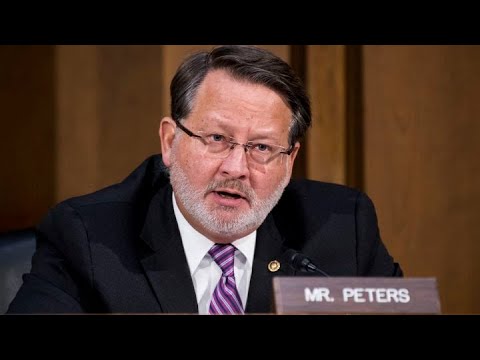 Michigan Sen. Gary Peters on Wednesday detailed a proposal to give “essential workers” a government-funded boost in pay of up to $25,000 during the coronavirus pandemic.

Under the new “Heroes Fund” plan, essential workers would include not only front-line medical personnel like doctors and nurses but also pharmacists, grocery store workers, truck drivers, building cleaners, letter carriers, Transportation Security Administration and transit workers who interface with the public daily.

The pay bump would be equivalent to an increase of $13 an hour and would be retroactive, covering workers from the start of the public health emergency through the end of the year.

He compared the Heroes Fund to hazard pay that military personnel receive for putting themselves in harm’s way.

“It’s important for us to tell our front-line, necessary workers that not only do we appreciate them — they should be compensated for taking additional risk for themselves as well as for their families,” Peters said.

The proposal also calls for a $15,000 recruitment incentive to attract and retain medical and health care workers amid the pandemic, particularly home care and nursing home employees, he said.

Michigan ranks third nationally for the most COVID-19 cases and deaths, with 20,346 cases confirmed as of Wednesday and 959 deaths.

Peters put forward the proposal with other Democratic senators including Senate Minority Leader Chuck Schumer of New York, who told reporters on a call that the plan is “one of our very highest priorities” in the fourth economic relief bill responding to the pandemic.

“They deserve it. They are risking their lives, they are going through unusual changes in their lives,” Schumer said of essential workers.

He said the largest and more prosperous employers should be required to provide pay raises, but the federal government would pay for other employers.

Other co-sponsors of the legislation include Democratic Sens. Sherrod Brown of Ohio, Bob Casey of Pennsylvania, Patty Murray of Washington state and Tom Udall of New Mexico.

The lawmakers did not provide an estimate available for what the legislation would cost.

Republican Rep. Bill Huizenga, R-Zeeland, is pushing to include in the next stimulus bill his legislation to provide a federal income tax holiday for doctors, nurses and first responders.

“I know there’s other proposals that people are talking about, but I think it’s absolutely critical that in this next piece of legislation we understand there are heroes among us, who are in necessary jobs that are in harm’s way, and the next bill needs to consider that,” Peters said.