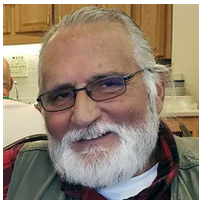 Paul grew up in Stalwart, Michigan and attended Raber Elementary School and then Pickford Public Schools. He went on to study Mechanical Engineering at Ferris State and then Lake State College. He moved to Marshall, Michigan, married, and had two sons. He worked in Mechanical Engineering for over 35 years in Marshall. Three years ago Paul retired to Cedarville, moving into the family house on lake where his grandmother had lived.

Paul was a loving, protective father. He was a very thoughtful person and always wanted everyone else to be happy.

Paul is preceded in death by his father, Robert and sister, Kitty Lee Sims in 1953.

Services are being planned for this summer and details will be announced later. In lieu of flowers, please make donations to Northwoods Christian Camp, 1574 E. Northwoods Rd., Pickford, MI 49774.