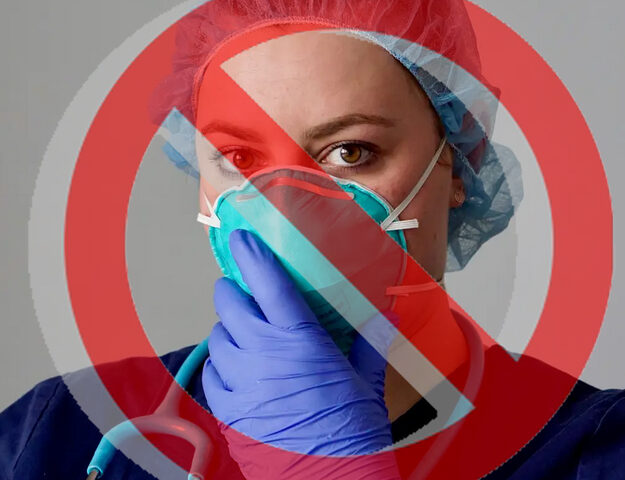 A massive surge in COVID-19 cases in Michigan is prompting Ontario border cities to confront difficult questions about how to reduce the spread of disease in hundreds of Canadian health-care professionals who work in the United States.

Michigan had more than 15,700 confirmed cases of COVID-19 as of Sunday, surpassing the total number of cases in Canada. At least 617 people had died of COVID-19 in Michigan, nearly triple the 233 deaths in Canada.

The growing outbreak has prompted some border city hospitals in places such as Windsor, Ont., and Sault Ste. Marie, Ont,, to adopt new policies in recent days that bar employees from working on both sides of the border.

Windsor Regional Hospital said it had 57 staff members, including critical care and emergency nurses and doctors, working in its hospital as well as ones in Detroit. They were all recently told to choose one institution. About 35 decided to work exclusively in Windsor, hospital president and chief executive officer David Musyj said in an e-mail.

Sault Area Hospital president and CEO Wendy Hansson said its 15 employees who worked on both sides of the border were told last week to choose on institution at which to remain. Most have decided to remain working in Canada, she said.

Hôtel-Dieu Grace Healthcare in Windsor said its 14 employees who work on both sides of the border have also been told they can only work in one institution.

But hundreds of Canadian health-care professionals continue to cross the border daily to work in U.S. hospitals, which health officials say poses a growing risk to Ontario border cities. However, they say simply shutting the border to those essential workers could have devastating consequences and cause the COVID-19 outbreak in Michigan to spiral even further out of control.

“Closing down the border further I don’t think is an option,” said Bill Marra, vice-president of external affairs at Hôtel-Dieu Grace Healthcare. “The health-care system in Detroit and in southeast Michigan relies heavily on the health-care experts from Windsor.”

David Jahn, president and CEO of War Memorial Hospital in Sault Ste. Marie, Mich., said 30 registered nurses, which make up 20 per cent of the institution’s RN staff, live on the Canadian side of the border and any new measures barring them from coming to work would pose a huge challenge.

While the Upper Peninsula of Michigan, where Sault Ste. Marie is located, has yet to see a surge in cases, Detroit hospitals have asked War Memorial in recent days to send health-care staff to provide relief and to also take on some of their patients, Mr. Jahn said.

“You want to help them, but then the question is, if you send people down there to help or you accept patients from other areas, what happens when your community becomes infected and you need those people back? Or maybe you risk bringing a patient up and they have COVID,” Mr. Jahn said.

Wajid Ahmed, Medical Officer of Health for the Windsor-Essex County Health Unit, said he’s worried about the risks posed by Michigan’s outbreak and wants more to be done to prevent transmission by health workers and others who cross the border.

Dr. Ahmed said there are about 1,600 essential workers who cross from Windsor into Detroit every day and that he’s recommended those employees consider whether they could work from home or reduce the number of times they cross into Michigan in a week.

Last week, the health unit said about one-third of the confirmed COVID-19 cases in Windsor are in health-care workers, with more than half involving workers who travel to the United States.

Dr. Ahmed said he’s been speaking to the Ontario government as well as local elected officials about the issue. He recognizes the strain on Michigan’s health-care system, but he wants to find a solution that can better protect the Canadian side, he said.

“I have a responsibility to do everything to protect the risk of COVID spread in my community,” Dr. Ahmed said. “We’re one big city, but yet, the moment you cross the border, especially when it comes to these types of situations, it is very different.”

One possible solution is to have Canadian health-care workers stay temporarily on the U.S. side, he said.

“I do not want to take those health-care workers away from [Michigan] because they do need them,” Dr. Ahmed said. “It is a very difficult time.”

Instead of closing the border to essential workers, some Canadian health officials say it’s more feasible to introduce policies to help minimize the risk of disease spread, such as requiring health-care professionals who cross the border to self-isolate.

Mr. Musyj at Windsor Regional Hospital said a border closure could “devastate” Michigan. But local health authorities should ensure rigid screening mechanisms are in place to reduce the chances of health-care staff passing on any infections, he wrote in an e-mail.

Ms. Hansson in Sault Ste. Marie, Ont., said there is growing concern about the risks posed by anyone crossing the border, but “all public health can do is ask citizens to follow best practice” and ensure they are remaining isolated from others.