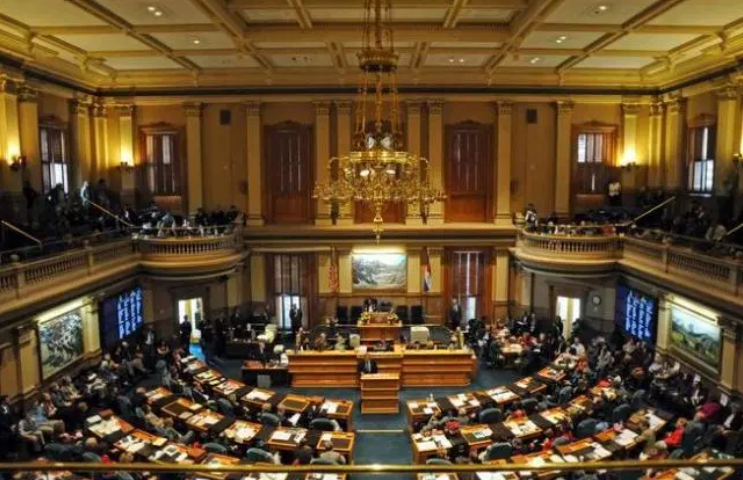 The Republican-controlled Legislature is authorizing leadership this afternoon to pursue a legal challenge to Governor Gretchen Whitmer’s executive powers during the new coronavirus pandemic because of her intent to continue a state of emergency without legislative approval.

The House adopted HR 250, with authorizes legal action on behalf of the House challenging Ms. Whitmer’s actions to maintain her declared state of emergency in response to the COVID-19 pandemic. The Senate was planning Thursday to vote on its own companion resolution, SR 114.

Adoption of the resolution comes a day after negotiations between Ms. Whitmer and legislative leadership broke down over an extension of her declared state of emergency that ends Thursday. It also comes amid another day of protests at the Capitol where demonstrators have packed the lobby outside the House, blocked from the entrance to the floor by State Police troopers. Most protesters appear to be defying the governor’s order to wear masks in enclosed spaces. Some were in the Senate gallery openly carrying rifles.

Photos and other images of the protest saw some calling for the death of Ms. Whitmer. Others labeled her a Nazi. Others toted the Confederate flag. Many others stuck to a message of calling for her to reopen the economy.

In the resolution the House says that the governor has a statutory obligation to “issue an executive order or proclamation declaring the states of emergency and disaster terminated on May 1, 2020.”

“Any attempt by Governor Whitmer to unilaterally extend the states of emergency and disaster past April 30, 2020, without legislative approval would, be contrary to both law and Michigan’s constitutional system. … Members of the Michigan House of Representatives must defend the Legislature’s role as the sole lawmaking body and as a co-equal branch of government in Michigan’s constitutional system,” the resolution says.

Ms. Whitmer Wednesday said she will not lift her state of emergency, saying existing laws give the power to continue without legislative approval. Her administration also selectively released a pair of emails from the negotiation process between her staff and legislative staff rejecting an offer from Senate Majority Leader Mike Shirkey (R-Clarklake), an almost unprecedented breach in confidentiality that infuriated Republicans.