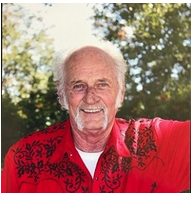 Gary was born in Staten Island, New York on December 15, 1945, the son of Warren and Rita (VanDusen) Spencer.  He served his country in the U.S. Army during the Vietnam War.  He fought with the 7/13th Artillery and the 1/50th Infantry.  Gary was a member of the VFW Post #9023 and the American Legion Post #3.  He enjoyed many outdoor activities like hunting, fishing, trapping, camping, and going 4-wheeling.  He also enjoyed dancing and shooting pool for the VFW league.  Most of all, he loved to spend time with his family and friends.

He was preceded in death by his father: Warren A. Spencer; a wife: Pam Spencer; a granddaughter: Madison Spencer; and two brothers: Glen and Roy Spencer.

A memorial service with military honors will be held at C.S. Mulder Funeral Home at a time yet to be determined.