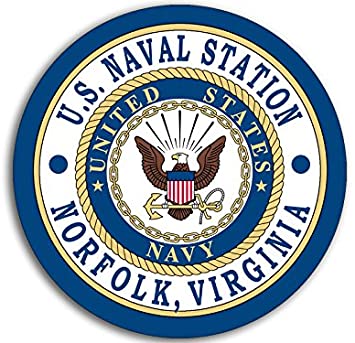 According to a release from the Navy, Baker enlisted in the Navy in 1982 and served positions all over the country, including as the Commanding Officer of Naval Support Activity Annapolis from June 2016 to July 2018.

Captain Baker graduated from Michigan’s Mackinaw City High School in 1982 and enlisted in the Navy as a Fire Control Technician (Missiles), assigned to USS MOINESTER FF 1097, in Norfolk, VA.  He went ashore in 1988 to Fleet Combat Training Center, Atlantic, in Dam Neck, VA as an Instructor and Course Curriculum Model Manger for the MK 68 Gunfire Control System.

He was promoted to Chief Petty Officer in 1991 and assigned to the Pre-Commissioning Crew of USS VELLA GULF CG 72, in Pascagoula, MS as Strike Division Leading Chief Petty Officer.  In 1994, Captain Baker was commissioned as a Surface Ordnance Limited Duty Officer and reported to USS ANTIETAM CG 54, in San Diego, CA as the AEGIS Systems Test Officer.  During his next shore tour, at Afloat Training Group, Pacific, he was selected for lateral transfer to the Unrestricted Line, Surface Warfare community in 1998.

His Department Head tours were aboard USS THE SULLIVANS DDG 68 as Weapons Control Officer and Combat Systems Officer in Mayport, FL from 1999 to 2002.  He then served as the Standard Missile Requirements Officer in the Surface Warfare Directorate on the Chief of Naval Operations Staff at the Pentagon in Washington, DC until 2004.

Following graduation from the Naval War College, Captain Baker assumed command of Mine Counter Measures Crew LEADER in USS WARRIOR MCM 10 in 2007.  He deployed to the Arabian Gulf with his crew in command of USS DEXTROUS MCM 13 in 2008.  He completed a joint tour in 2010 as Policy Advisor to the Deputy Assistant Secretary of Defense for Prisoner of War/Missing Personnel Affairs in the Office of the Secretary of Defense.

Captain Baker assumed command of USS DEWERT FFG 45 in 2011 and deployed to the Indian Ocean as part of Standing NATO Maritime Group 2, capturing 11 pirates and freeing the Italian-owned cargo ship Montecristo and her crew of 24 off the coast of Somalia.

Captain Baker served in his second joint tour as the Deputy Chief for Regional and Interagency Division, Future Operations Directorate at U.S. Cyber Command from 2013 to 2016.  Following his tour at U.S. Cyber Command he served as the Commanding Officer of Naval Support Activity (NSA) Annapolis from June 2016 to July 2018.
Captain Baker reported to Naval Station Norfolk as Executive Officer in August 2018 and assumed command in March 2020.