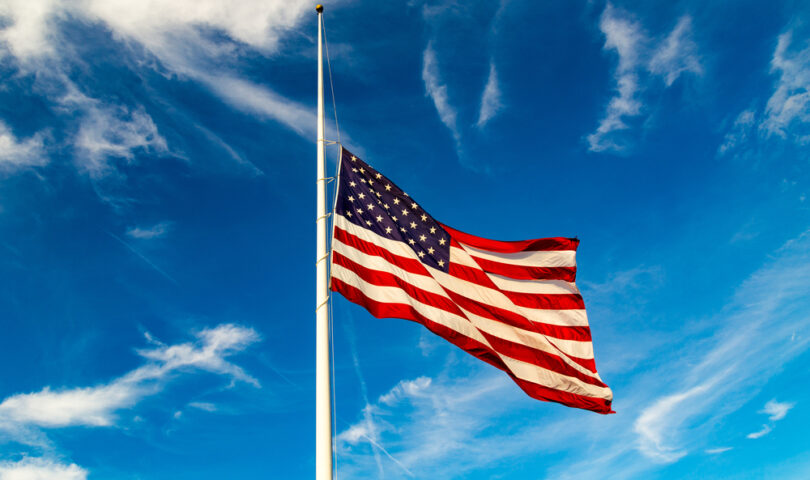 Governor Gretchen Whitmer has ordered U.S. and Michigan flags lowered to half-staff throughout the state of Michigan on Friday, April 3, 2020 to honor the service of Michigan Air National Guard Technical Sergeant Nathan William Denryter who passed away after his battle with cancer.

“Technical Sergeant Nathan Denryter exemplified the highest level of public service in everything he did throughout his life,” Whitmer said. “Our state shows its gratitude by lowering the flags to half-staff as we mourn this incredible loss. My thoughts are with his family and friends during this difficult time.”

TSgt Nathan Denryter was born in Warren, Michigan on September 22, 1980, and raised in Avoca, Michigan. After graduating from Yale High School in 1999, he attended Eastern Michigan University where he graduated with a Bachelor of Arts Education degree in 2007.

The State of Michigan recognizes the duty, honor and selfless service of TSgt. Denryter by lowering flags to half-staff. Michigan residents, businesses, schools, local governments and other organizations also are encouraged to display the flag at half-staff.

Flags should be returned to full-staff on Saturday, April 4.

**When flown at half-staff or half-mast, the U.S. flag should be hoisted first to the peak for an instant and then lowered to the Half-Staff or Half-Mast position. The flag should again be raised to the peak before it is lowered for the day.