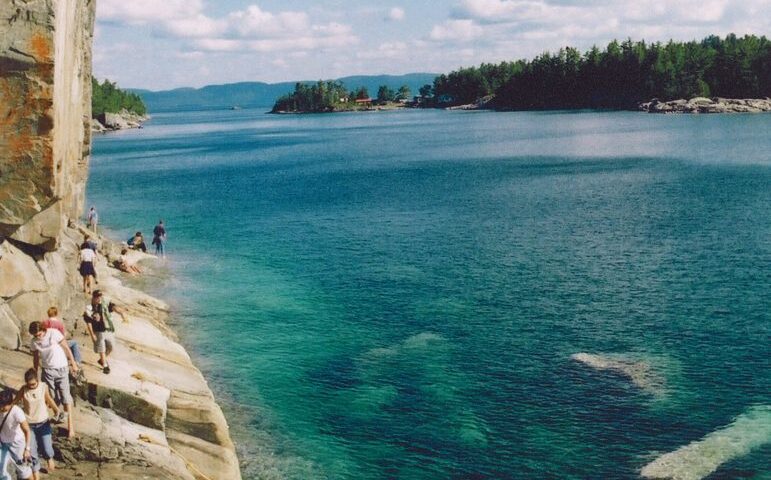 Trump’s $4.8 trillion budget proposal for the 2021 fiscal year includes $320 million for the Great Lakes Restoration Initiative, a program the president previously tried to cut by 90%. Trump’s annual budgets require approval from Congress, which rejected the suggested cuts, and his newest proposal seeks $20 million more for the Great Lakes than legislation approved in the U.S. House last week.

Created in 2010, the Great Lakes Restoration Initiative funds multi-agency efforts to target threats to the world’s largest freshwater resource on Earth. The most recent action plan seeks to clean up toxic substances in Michigan and other states, prevent the spread of invasive species and rebuild natural habitats, among other goals.

Michigan’s representatives in Congress have strongly defended funding for the GLRI, saying the program provides vital protections for the environment and the state’s tourism and recreation industries. A 2018 University of Michigan study found every dollar of federal spending on GLRI projects between 2010 and 2016 will produce $3.35 in economic activity.

Trump’s three prior attempts to drastically cut funding for the program attracted bipartisan opposition from Michigan lawmakers, including U.S. Rep. Bill Huizenga, R-Zeeland, who helped change Trump’s mind while traveling with the president to a 2019 campaign rally in Grand Rapids.

“I support the Great Lakes,” Trump said on stage later that night. “Always have. They are beautiful. They are big, very deep, record deepness, right? And I’m going to get, in honor of my friends, full funding of $300 million for the Great Lakes Restoration Initiative.”

The president also highlighted the importance of the Great Lakes during a Jan. 30 visit to an auto parts supplier in Warren. Trump, accompanied by several Michigan House Republicans, said his administration will prevent the spread of Asian carp and other invasive species.

“Michigan is a steward of one of our nation’s most treasured resources, the incredible Great Lakes,” Trump said.

Last week, the U.S. House passed bipartisan legislation to reauthorize the GLRI for six years and boost funding annually to reach $475 million by 2026. The legislation awaits approval in the U.S. Senate.

“Having the president engage on this critical issue improves the chances for bipartisan legislation to be signed into law that will protect and strengthen the Great Lakes,” Huizenga said in a statement. “I want to thank the President and his Administration for working with me to make the preservation of the Great Lakes a national priority.”

The program is administered by the Environmental Protection Agency, which recently announced $11 million in funding for grants to support GLRI projects in Michigan.

The White House also proposed slashing funds for the EPA’s hazardous Superfund program, which cleans up some of the most heavily contaminated sites in the country. Michigan is home to nearly 90 Superfund sites, according to the EPA.