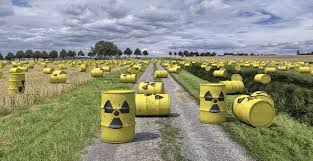 “The Sault Tribe, along with the rest of the tribes in Michigan, is pleased to see Ontario Power Generation give up on this terrible idea to build a nuclear waste storage site on the shores of the Great Lakes,” Payment said. “Since 2017, the tribes in Michigan have supported our relatives in the Saugeen Ojibway Nation in their concerns over this proposal. In addition, any threat to the Lake Huron fishery that is posed by disposal of nuclear waste so close to the Great Lakes is of deep concern to us all.”

The Sault Tribe has taken a leadership position in defending the waters of the upper Great Lakes from industrial pollution. In 2014, the tribe passed a resolution calling on “any government” to take action to stop the flow of crude oil in Line 5, especially the twin pipes spanning the Straits of Mackinac.

“This decision by Ontario Power Generation, before any leak of contaminants, is consistent with our age‐old commitment to protect the waters,” Payment said. “Now we need a parallel action by the government of Michigan to stop the oil in Line 5 before the inevitable spill destroys the Great Lakes fishery, our tourism economy and Pure Michigan.”

The Sault Tribe chairperson added, “The Sault Tribe Board of Directors, each of the other federally‐recognized tribes in Michigan, the United Tribes of Michigan, Midwest Alliance of Sovereign Tribes and the National Congress of American Indians have all passed resolutions calling for decommissioning of Line 5. Let’s build on today’s news of wisdom in protecting the Great Lakes, and remove this aging, dented, sagging pipe. It’s only a matter of time before it breaks.”

The Sault Ste. Marie Tribe of Chippewa Indians is descended from signatories to the 1836 Treaty of Washington, which ceded much of the territory that now makes up the state of Michigan. Its tribal service area encompasses seven counties in the eastern half of the Upper Peninsula, where it is among the largest employers and the largest participant in subsistence and commercial Great Lakes fisheries.