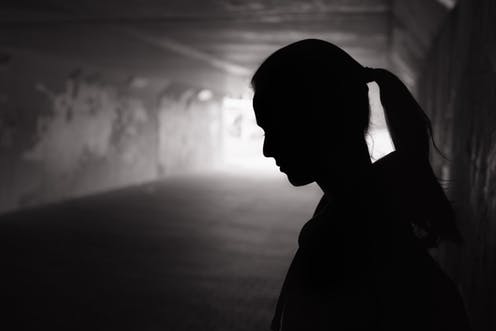 LANSING — Suicide is now the second leading cause of death for 15-24 year olds in Michigan, and the rates are nearly double in rural communities, according to state and federal surveys.

That’s above the national average and has risen in recent years.

The surveys were done by the state Department of Health and Human Services and the U.S. Center for Disease Control and Prevention.

One in six children in the United States between 6 and 17 years old has a treatable mental health disorder like depression or anxiety, according to the National Survey of Children’s Health.

Treatment is slowly becoming more readily available, but can be hard to obtain in rural areas, according to Corbin Standley, a psychology Ph.D. student at Michigan State University. He chairs the Michigan chapter of the American Foundation for Suicide Prevention.

“A large portion of the state is very rural, and research shows that more rural counties have higher suicide rates,” Standley said. “This is due in part to less access to mental health services and mental health care.”

“It also has to do with higher rates of firearm ownership. Research suggests that communities with more gun retailers and more firearm ownerships can be coorelated with suicide rates,” he said.

High schools play an integral part in educating students and parents about mental health, according to U.S. News and World Report findings. Counselors can help students find the mental health care that they need.

That includes programs such as crisis training in Baldwin Community Schools in Lake County and the “More Than Sad” program in Howell Public Schools in Livingston County.

Decreased funding makes these programs and resources harder for schools to obtain, according to David Crim of the Michigan Education Association, the state’s largest union of teachers and other school personnel.

“We’ve seen a massive cutback in the number of counselors, school social workers and school psychologists,” Crim said. “When budget cuts come, they try to keep from cutting teachers.”

Michigan has an average student-to-counselor ratio of 725 to 1, according to the American School Counselor Association. The association recommends a 250 to 1 ratio.

Crim said, “If I had to put a finger on it, budget cuts have exasperated the problem.”

Mental health services are stretched thin, and the effects are starting to show. In the 2018-19 school year, three students from Kingsley Area Schools near Traverse City committed suicide, as did three students in Cedar Springs Public Schools north of Grand Rapids.

“When the schools get some money back, which they did under Gov. (Gretchen) Whitmer’s budget, one of the first things they did was rehire counselors and social workers that have been eliminated in past budget cuts,” Crim said.

“Professionals will point to possible causes — we point to the possible solutions and make permanent change,” he said.

Students and parents can also be a part of the solution, according to Standley.

“If you see someone who is struggling, just reach out and have a conversation with them,” Standley said.

Suicide remains a taboo subject in schools, despite the increased number of teen deaths, he said.

“It’s important to reach out in a non-judgemental, private way and have an honest conversation. Listen to them, ask how you can help and just listen to their story,” he said.

“That’s the biggest thing we can do to erase the stigma and help prevent suicide.”