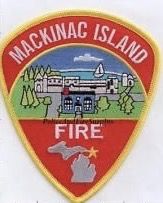 At 10:45pm Wednesday night a passerby on Hoban Street saw flames in the window of the Village Inn Restaurant and called 911. Units arrived on scene to a working fire in a restaurant.

Firefighters went to the second floor of the building to evacuate occupants while other firefighters brought in a line to knock down the rest of the fire that was mitigated by the sprinkler system. Units were on scene for about an hour.

The fire is under investigation but not considered suspicious. The 12 degree air made for extra hazards as equipment iced up quickly. Ladder 1, Ladder 2, Engine 1, and Squad 1 responded on the box. EMS and MIPD were also on scene.

The MIFD reminds everyone that working sprinkler systems save lives!