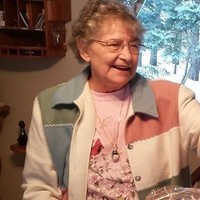 Leona was born on March 19, 1943, in Dafter, Michigan to the late Friidolph and Pearl (Aslin) Lipponen. She graduated from Brimley High School with the class of 1961.  She just celebrated 54 years of marriage to Richard B. McCuaig, whom she married on February 5, 1966.  Leona worked at the Fun Card Club at Bay Mills Casino and later at Kewadin Casino before becoming a secretary for the Intertribal Council of Michigan, where she retired from in 2009.   Leona enjoyed cooking, knitting, and crocheting.  She also enjoyed gardening and spending time in the yard, as well as, going fishing and boating.  Leona was a member of the Catholic Women’s League for a period of time while living in Canada.

A memorial Mass of Resurrection will be held at 10:00 AM on Friday, February 14, 2020, St. Joseph Catholic Church with Father Mark McQuesten as celebrant.   Interment will be at Pine Grove Cemetery later this spring.  In lieu of flowers, memorials may be left to Hospice of the Straights or Road to Recovery.