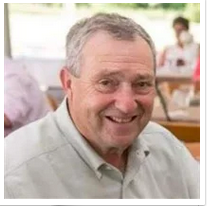 Dale grew up in Mason, MI and graduated from Mason High School with the class of 1961. He met Sharon D. Pahl, and they married on September 30, 1986. He worked as the Building Trades Leader for the Dept of Corrections, MSI, and retired from the State of Michigan. He could do it all: plumbing, electrical, masonry, roofing, construction, you name it… In the mid-80’s, Dale and Sharon started frequenting Drummond Island. In 2003, they made Drummond Island their permanent home, along with their daughter Sheila and granddaughter Sydney. Sharon became ill and passed away in June 2007.

Dale always kept busy outdoors, whether it was working in his own yard, or lending a hand to a friend or neighbor. He enjoyed gardening, and each year his garden grew bigger and bigger. Winter never slowed him down either. He was an avid snowmobiler, and even had one last “big trip” planned just days before his passing. They were heading to Moosonee, Canada and were scheduled to be gone 11 days. His biggest passion, though, was baseball. He was catcher for the City of Lansing league for 19 seasons. He attended countless Detroit Tigers games at home, as well as Spring Training in Lakeland, FL. He also went on to participate in the Detroit Tigers Fantasy Camp from 2014-2017, where he still could catch all 9 innings of a game, multiple times a day.