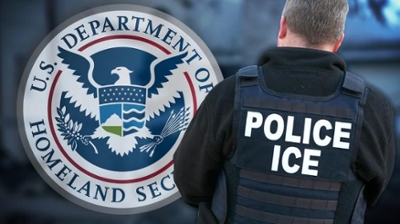 The agency’s Enforcement and Removal Operations targeted at-large criminals and immigration violators in the two states from Feb. 1-7.

“ICE officers are first and foremost focused on removing criminal aliens from the community,” said Rebecca Adducci, field office director of ICE ERO in Michigan and Ohio. “I applaud the dedicated men and women of ICE and our partners who work tirelessly to keep our communities safe, often in the face of great personal danger.”

Among those arrested was an alleged MS-13 gang member who was in the United States illegally and wanted in El Salvador for a homicide, ICE officials said.

During the 2019 fiscal year, ICE’s Enforcement and Removal Operations officers arrested about 143,000 people and removed 267,000 nationwide, an increase in removals from the previous year.

Nearly 15,000 people were arrested by the Detroit Field Office between October 2018 and September 2019, according to ERO statistics.

While the number of those apprehended or found inadmissible at the border nationwide has increased 68% over the previous fiscal year, the total number of ICE arrests has dropped nearly 10%, the agency said.

The agency said 86% of the arrests made during fiscal year 2019 either had criminal convictions or were facing criminal charges at the time of their arrest.