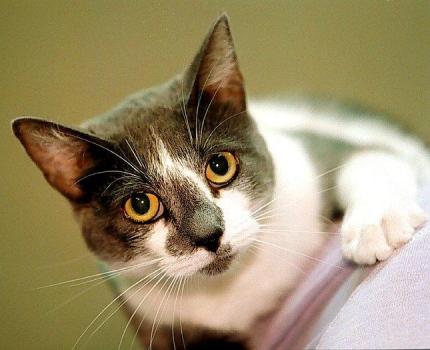 GRAND RAPIDS, Mich. (WOOD) — Declawing cats could be a crime in Michigan under a bill before the Michigan Legislature, an idea that is dividing lawmakers and veterinarians.

House Bill 5508, introduced Thursday, would make declawing a civil infraction punishable by a $1,000 fine. Michigan would join New York as the only two states with a declaw law.

The bill has 21 co-sponsors: 19 Democrats and two Republicans, including Wyoming representative and famed restaurateur Tommy Brann. He said he has three cats himself, one of which he gives insulin shots three time a day.

“I always protect my cats. I don’t want them to go outside, but if I declawed them and they go outside, I’m worried about their survival,” said Brann, who works at his S. Division Avenue restaurant when he is not in Lansing.

Brann is something of an animal champion in the state House. In 2018, he introduced bills increasing penalties for animal cruelty that were ultimately signed into law.

“It’s just really a traumatic experience for them,” Brann said of declawing. “I don’t think you really want treat your companion that way by putting them through this painful surgery.”

“There’s research now that suggests there is some correlation for declawing and chronic pain and some behavior issues,” Noveskey said. “I haven’t heard or seen any research that would benefit a cat, rather to benefit a person.”

The bill would give exemptions for declawing that is medically necessary.

Opponents to the bill says the decision be between a veterinarian and a pet owner and that outlawing it could lead unintended consequences, including reducing the number of people interested in adopting cats from shelters.

“I don’t think shelters in this area have seen a decline in adoption just because we recommend not doing it,” Noveskey said.

The veterinarian association in New York says there is no evidence the similar law there, enacted in July, has impacted the number of people looking to adopt cats.

There are also prohibitions against declawing in Japan, and throughout Europe and Canada.

“Some of my veterinarian friends are not for it. They want it to be choice. And I surely understand that. I guess I made the choice to co-sponsor this bill,” Brann said.

No one from the Michigan Veterinary Medical Association was willing to comment on the proposal Friday, saying it will be discussed at a meeting next week, though it is unlikely there will be any formal position.

The American Association of Feline Practitioners strongly opposes declawing as an elective procedure and advises members to provide cat owners with alternatives to declawing.

Vets are divided over the practice, which costs between $100 and $400 and is done by cat owners who want to avoid the injury and destruction claws can cause.

“I’m not saying it’s done out of not loving your cat. I just think it’s traumatic and cruel,” Brann said.

Especially for adult cats, there can be significant pain.

“I think it’s important to really look at trimming their nails and things like soft paws, but also really teaching cats to use scratch pads and scratch posts,” she added.