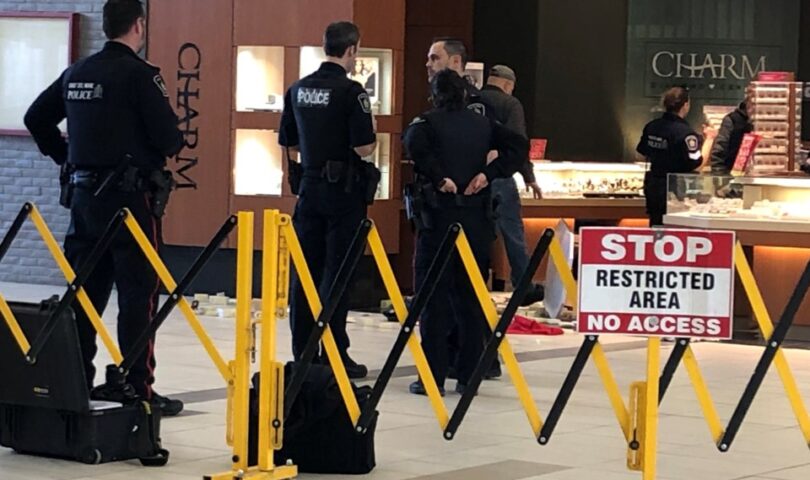 On Feb. 24, 2020 at 11:08 a.m., police received a call of a robbery at the Station Mall. It’s alleged Mr. Battagin and two other male suspects entered Charm Diamond Store, a display case was broken, an unknown amount of property was taken and they fled the scene. When police arrived, Mr. Battagin was being held by Station Mall Security. Police took him into custody at that time.

The two other male suspects, and Ms. Maitland, who was waiting outside in a vehicle, fled the scene. As a result of the investigation, Ms. Maitland was located in the 300 block of Sussex Drive at 3 p.m. She was arrested and a subsequent search found her to be in possession of a necklace valued at approximately $799 and small quantities of what is believed to be methamphetamine and cocaine.

As a result of the investigation it has been determined no shots were fired from a firearm. The display case in the store was struck with an axe, which we believe resulted in the false report of a gunshot going off. The investigation continues as we are still seeking information regarding the whereabouts of the two other male suspects involved in the robbery.

If you have any information about the robbery or the suspects, we urge you to call Detective Sergeant Geoff MacLeod at 705-949-6300 ext. 288.