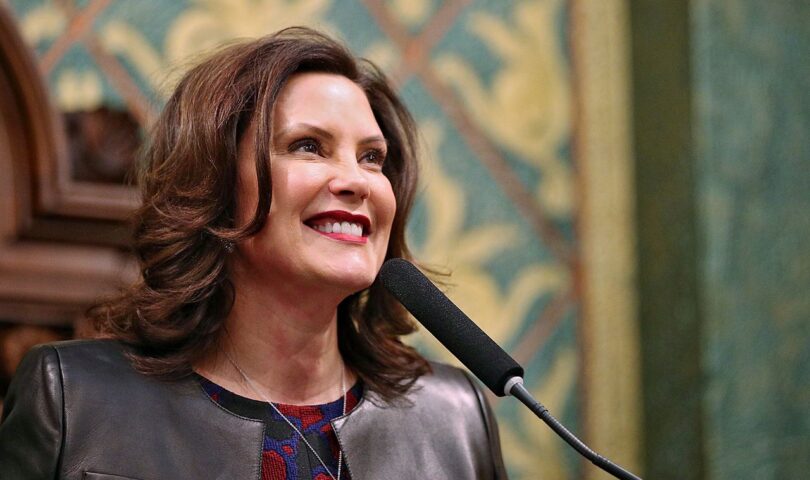 Lansing — Gov. Gretchen Whitmer’s focus on “bread and butter” issues and her position as the top official in a key battleground state are reasons she’ll find herself in the national spotlight Tuesday, Democratic lawmakers and political observers say.

U.S. House Speaker Nancy Pelosi, D-California, selected Whitmer to give the Democratic Party’s Tuesday night response to President Donald Trump’s State of the Union address. The choice has given Whitmer a place on the national stage and prompted whispers that she could be a nominee for vice president.

But two U.S. House Democrats from Michigan — Debbie Dingell of Dearborn and Dan Kildee of Flint Township, a member of the House leadership — said Monday that Whitmer was selected because of her focus on issues that are important to voters.

“She won in a state that Trump had won,” Dingell said. “And she understands the issues that working men and women care about.”

“All of roads go through Michigan,” Dingell added referring to the 2020 election.

In 2016, Trump became the first GOP presidential candidate to carry Michigan since 1988. He won the state by 10,704 votes, his closest margin of victory nationally.

Kildee said Whitmer was likely picked to give the response in part of because of Michigan’s position as a bellwether but also because of her work on issues, like infrastructure, Kildee said. He downplayed the idea that the pick was about Whitmer being considered a nominee for vice president.

But he added, “She should be on anybody’s short list.”

On Monday, Whitmer’s office said the governor remains “focused on serving as governor of Michigan.”

Pelosi chose Whitmer to give the State of the Union response after consulting with the Michigan Democratic delegation in Congress, said Drew Hammill, deputy chief of staff for Pelosi’s office.

Kildee, for instance, said he talked it over with Pelosi about a month ago. Pelosi said she was thinking about choosing Whitmer and wanted input, he said.

The governor is a “forward-looking leader who is laser-focused on solving problems for everyday Michiganders,” Pelosi said in a statement last month.

There will be “some consultation” between Whitmer and Pelosi’s office regarding the content of the response, Hammill said, but those chosen for the job “write their own speeches” and pick the location for the roughly 10-minute speech.

Whitmer will deliver her speech in front of a crowd at East Lansing High School, where her daughters attend school. Her response will come after Trump speaks at about 9 p.m. Trump’s 2019 address lasted nearly 90 minutes.

The speculation regarding Whitmer’s selection for vice president “is a little overblown,” said Adrian Hemond, a Democrat and CEO with the Lansing-based consulting firm Grassroots Midwest.

It’s not surprising she would be considered for the position, especially if the Democratic nominee is a man, Hemond said, but it’s less likely she would agree to run.

“She’s got some unfinished business here, both in terms of the roads and other priorities,” Hemond said. But he added the address was sure to “elevate her national profile.”

The pool of potential front runners for the Democratic vice presidential pick is deep and Whitmer’s chances of being asked likely won’t be clear until the Democratic nominee is known, said David Dulio, professor of political science and director of Oakland University’s Center for Civic Engagement.

But Whitmer’s selection for the response speaks volumes about the need for pragmatic talking points in the Democratic Party as it zeroes on Michigan, he said.

“It says a lot about the focus we’re going to see on the state of Michigan for the next nine and a half months,” Dulio said. “All eyes are going to be on us, and this is just another example of that.”

Kildee echoed that idea. Whitmer is a good pick to give the response, he said, because of the substance she brings and because it reinforces “Michigan’s critical role in the future of the country,” he said.

The Flint Township Democrat said he hopes Whitmer calls on Trump to take on issues he promised to work on, such as infrastructure. Trump’s inaction on his campaign proposal for a $1 billion infrastructure plan has left governors, like Whitmer, struggling to work with state lawmakers to improve infrastructure, Kildee said.

“I hope we hear a lot about that,” Kildee said on infrastructure. “Both from her, and I hope that we hear about it from the president.”

Whitmer’s campaign slogan when she ran in 2018 was “fix the damn roads.” In her first year as governor, Whitmer proposed increasing the the state’s 26.3-cents-a-gallon gas tax more than 170% by 45 cents — something she never raised on the campaign trail. Her proposal met strong opposition from both Republicans and some Democrats.

And the Michigan Republican Party noted the gas tax proposal and a 2019 budget standoff when Whitmer was tapped to give the Tuesday response.

“From our crumbling roads she promised to fix, to holding Michigan’s most vulnerable communities hostage for a massive gas tax, it is only fitting that she is joining in on the same D.C. parlor games the people of our state resent,” said Laura Cox, state GOP chairwoman.

Last week, Whitmer announced a new infrastructure plan to issue $3.5 billion in bonds over four years to create an influx of money to improve state highways while taking on debt that will be paid off over the next 25 years.

“That’s the message that needs to be conveyed in this election by Democrats,” said Brewer, who described Whitmer as the “perfect choice.”

The governor’s selection wasn’t about being a future nominee for vice president, but more about Whitmer being the right person to respond to Trump, Dingell argued. Whitmer knows what’s on the hearts and minds of working people, she said.

Former Michigan Gov. Jim Blanchard, a Democrat who served two terms from 1983 to 1991, said giving the response was a “wonderful opportunity” for Whitmer but there’s also “risk” that comes with it. Some response speakers such as U.S. Sen. Marco Rubio, R-Florida, were mocked for momentary slip-ups — in his case, taking an awkward sip of water.

“I think she’ll rise to the occasion,” Blanchard said.

Whitmer represents a new crop of Democratic governors, and Michigan is at the center of the political universe right now, Blanchard explained.

As for the vice presidential speculation, he said it’s early for that.

“If we get the roads fixed, she’ll be on everybody’s list,” Blanchard said.