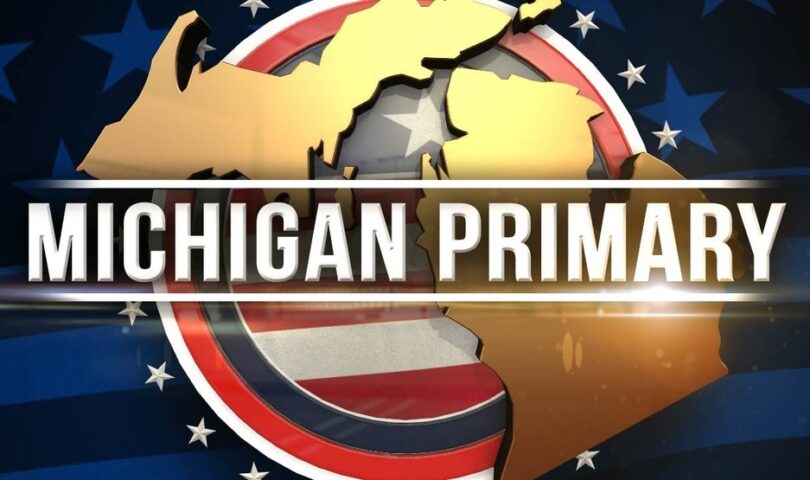 LANSING — Turnout was high for Michigan’s presidential primary Tuesday, especially considering that the only competitive race was on the Democratic side of the ballot.

Close to 2.3 million Michigan residents cast ballots, or more than 29% of the 7.7 million registered voters, according to unofficial results.

That places the presidential primary among Michigan’s highest for voter participation, and the nearly 1.6 million Democratic ballots cast on Tuesday set a record.

The total number of votes cast places it second behind the 2016 presidential primary, which had competitive contests on both the Democratic and Republican side. Nearly 2.6 million ballots were cast in 2016, a record.

The turnout by registered voters, at close to 30%, fell short of the 35% turnout in 2016, but easily topped turnout for any presidential primary in Michigan since 1976, according to data on the website of the Michigan Secretary of State.

Again, comparing Michigan’s 2016 and 2020 presidential primaries is not an apples to apples comparison. In 2016, Democrats and Republicans each cast more than 1 million votes in the primary, with former New York Sen. Hillary Clinton losing narrowly to Vermont Sen. Bernie Sanders on the Democratic side, while, on the Republican side, former Ohio Gov. John Kasich and Texas Sen. Ted Cruz each won more than 320,000 votes behind the winner, President Donald Trump.

About 1.2 million Democratic ballots were cast in the 2016 presidential primary.

On Tuesday, close to 1.6 million Democratic ballots were cast and about 680,000 Republican ballots, based on unofficial results. Trump received about 94% of the Republican vote.