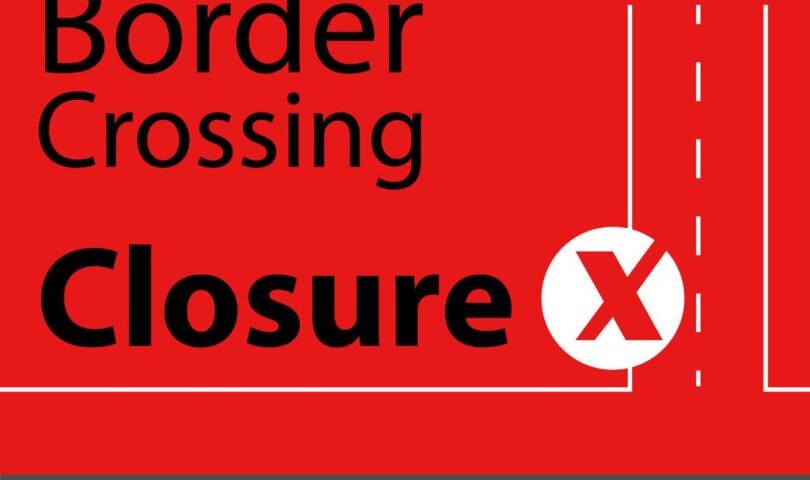 President Donald Trump said Wednesday morning that the United States will temporarily close its border with Canada to “non-essential traffic” due to the coronavirus pandemic.

“We will be, by mutual consent, temporarily closing our Northern Border with Canada to non-essential traffic,” Trump wrote on Twitter.

Canada’s prime minister Justin Trudeau, at a press conference in Ottawa after Trump posted his tweet, said “I just spoke to President Trump again this morning, and we have agreed that both Canada and the United States will temporarily restrict all non-essential travel across the Canada-U.S. border.”

“Travelers will no longer be permitted to cross the border for recreation and tourism. In both our countries, we’re encouraging people to stay home,” Trudeau said. “We’re telling our citizens not to visit their neighbors unless they absolutely have to. Well, this collaborative and reciprocal measure is an extension of that prudent approach.”

Trudeau emphasized that “essential travel will continue.” That, he said, includes Americans and Canadians crossing the border to do “essential work and for other urgent reasons.”

“Our governments recognize that we preserve supply chains between both countries,” he said. “These supply chains ensure that food, fuel and life-saving medicines reach people on both sides of the border. Supply chains including trucking will not be affected by this new measure.”

At the same press conference, Trudeau announced a nearly $21 billion fiscal stimulus package to bolster Canada’s economy in the face of the coronavirus crisis.

The announcement is just the latest in a flurry of dramatic action in recent days aimed at slowing the spread of the coronavirus.

On Monday, Trudeau said he was closing his country’s borders to foreigners, with the exception of American citizens.

On Tuesday, the European Union said it would close its external borders to non-citizens because of the coronavirus outbreak.

“So it is a unique relationship for Canada and it’s important for us in handling our situation on the border to be sure that we act to get things right,” Freeland said, according to CBC.

U.S. equity markets were down sharply on Wednesday morning as the Trump administration requested an additional $45.8 billion from Congress to cover “unanticipated” costs incurred by government agencies responding the coronavirus crisis.