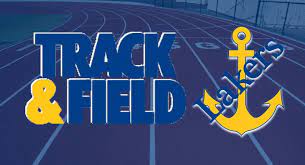 MOUNT PLEASANT, Mich. – The Lake Superior State University track and field program competed at the Jack Skoog Classic at Central Michigan University on Saturday. The Lakers finished the day with 37 top-eight placements, 11 of which were in the top-three of their events.

“The team is very electric and has a ton of positive energy right now,” said assistant coach Dani Filipek. “This team came back after a significant winter break and had some stand out performances. I am excited to keep seeing improved results as we get used to track season and positive momentum. Head coach Tony Filipek has invested in some great recovery tools and is supporting the athlete experience in many small ways that I feel like we are reaping the benefits from”

Multiple athletes would make their debuts at various events, and they were able to find a fair amount of success in the process, and perhaps some of the most notable debuts came from the relatively young group of throwers.

“For a very young throws team, we are off to a great start,” said volunteer assistant coach Sara Ostwald. “We now have a sense of where we are all standing and a better idea of what direction to go with each athlete’s individual training. I am very proud of our many young throwers who are starting their seasons off strong.”

The Lakers strong outing would feature a pair of student-athletes claiming the top spot at their event. Riley Traver (Hartford, Mich.) won the men’s high jump, clearing a height of 1.75 meters. The Lakers would then go on to have another event-winner as Andrew Giddens (Cadillac, Mich.) claimed first place in the 60-meter hurdles with a time of 8.7 seconds.

Giddens also picked up a sixth place finish in the 60-meter dash while a personal record from Riley Nichols (Lakeview, Mich.) had him following closely behind with respective times of 7.41 and 7.45 seconds.

Nichols would then give the Lakers another top-eight placement, finishing sixth in the 200-meter run with a time of 24.75 seconds, and Traver crossed the finish line 0.04 seconds later to finish seventh.

Michael Sherman (Boyne City, Mich.) gave the Lakers a third place finish in the 400-meter run with a time of 53.66 seconds.

Ethan Nachazel (East Jordan, Mich.) picked up a third place finish for the Lakers in the 3000-meter run with a personal best time of 9:58.67. Meanwhile, Roy Bowman (Jerome, Mich.) and Reese Camp (Highland, Mich.) earned respective placements of fifth and sixth, with Camp’s time of 10:02.05 marking a new season best.

Murray, Nichols, and Giddens leapt for respective distances of 5.90, 5.86, and 5.71 meters for respective placements of fourth, fifth, and sixth place in the long jump.

True freshman Trey Nieman (Morenci, Mich.) picked up a third place finish for the Lakers in the weight throw with a distance of 14.07 meters while Reiniche and Christensen claimed finishes of fifth and sixth respectively with respective distances of 11.78 meters and 11.77 meters. Christensen would also record a new personal record for his performance in the weight throw.

Jenna Fleming (Hilton Beach, Ont.) picked up a sixth place finish in the 60-meter hurdles with a time of 12.70.

Williams leapt for a third place finish in the women’s long jump with a distance of 5.38 meters for an indoor personal record while Baker and Kara Mosher (Sault Ste. Marie, Mich.) came away with respective placements of fifth (4.76 meters) and sixth (4.33 meters).

Fleming would then throw for an eighth place finish in the shot put with a distance of 8.41 meters. Meanwhile, Maddison Gould (Sanford, Mich.) and Alyssa Bonanno (Flat Rock, Mich.) threw for respective distances of 10.02 meters and 9.92 meters in the weight throw for placements of 6th and 7th. Bonanno’s performance marked a new personal record and earned her a spot in the finals. Gould’s performance would also mark a new season best in the event.

“We had key contributors in all event areas of our team to start off our indoor season,” said head coach Tony Filipek. “I believe this meet showed we are a well-rounded team on both the men’s and women’s side. As we prepare for the SVSU Jet’s Pizza Invite next week, I expect our team’s veterans to continue to provide leadership and our younger student-athletes to continue to step up.”