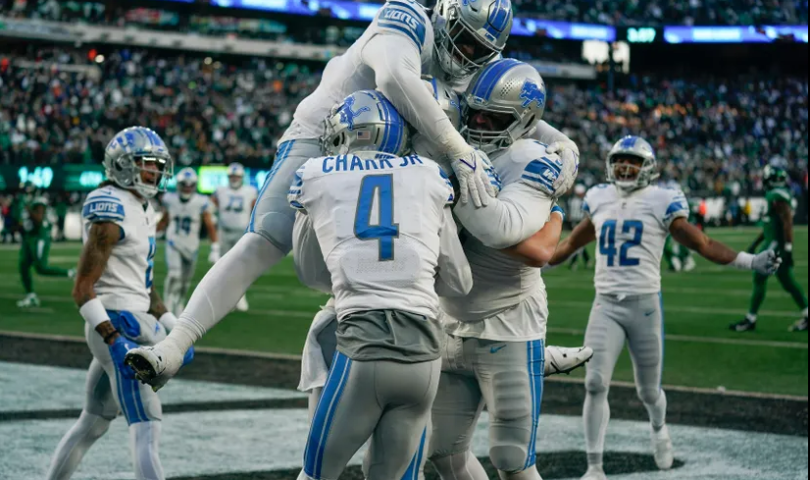 East Rutherford, N.J. — After starting the season 1-6, the Detroit Lions can move into the seventh and final seed in the NFC as early as next week. To do so, they’ll need three things to happen.

First and foremost, the Lions must continue their winning ways. They’ll need to go on the road and take care of the Carolina Panthers Saturday afternoon. A victory in Charlotte would push the Lions’ winning streak to four games, moving them to 8-7 on the season.

From there, the Lions would need a little help from two teams already playoff-bound.

That starts with the AFC West champion Kansas City Chiefs knocking off the visiting Seattle Seahawks. The Chiefs are still in the mix for the top seed in the conference, while the Seahawks share an identical 7-7 record with the Lions, but hold a playoff tie-breaker after winning a head-to-head matchup earlier in the season.

Simply put, the Lions need a Seahawks loss to pass them in the standings.

Similarly, the Lions would need the Washington Commanders to stumble during their road trip to San Francisco to play the 49ers. A defeat would drop Washington to 7-7-1 on the season, allowing an 8-7 Lions team to jump them in the standings, as well.

If all three happen — a Detroit win, a Seattle loss and a Washington loss — the Lions will be holding the No. 7 seed in the NFC on Christmas morning, controlling their destiny with two games remaining.