The hometown Eagles got the game’s first goal 11 minutes into the match-up after Coby Fox snapped a shot towards the net from the right point that was redirected by Szlag past Cochrane goaltender Marcus Ouellet.

Picking up a power play right after that, Sault Ste. Marie made it 2-0 when defenceman Colin Handy cranked an attempt from mid-ice, just inside the blueline, that Ouellet could not control and, which allowed Jack Paweski slam in the rebound from the left side.

Getting one back in the final minute of the frame, the Crunch capitalized on a late man advantage as Andrew Scott won a race to the puck on his own dump in and put a backhand in front that was quickly swatted in by Jonathan Hutorsky and eluded Soo netminder Reid Ramsay at 19:13.

Cochrane then tied it in the middle session off a turnover that helped Ryan Eckliff to skate between the hash marks and fire in a shot, blocker side, for his initial league tally.

Regaining the lead midway through the contest, Szlag once again tipped in a Fox point effort for his second of the night.

He then finished off his three-tally-game four and half minutes into a penalty-filled third period by putting one in the open side after a Cochrane defender tried to clear a play that had hit the goal post.

The Crunch did pull their goaltender in the late going for an extra attacker, but the Eagles secured the decision with a long-range empty netter from Paweski in the final seconds to round out the scoring.

Ramsay won his third straight appearance for the Soo, who improved to 10-6-2-0 on the season. 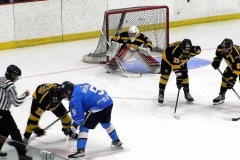 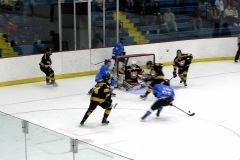 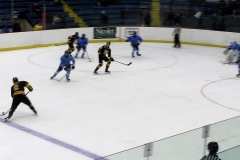 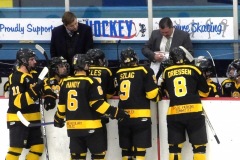 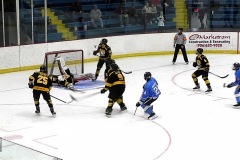 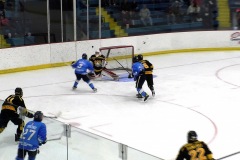 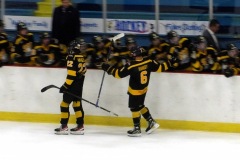 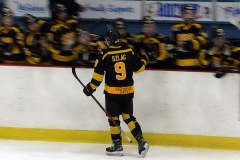